10 Greatest American Boxers of All Time

There have been lots of boxing legends in history; however, the 10 boxers (ranked from the greatest to the great) that we are about to explore are generally seen as the greatest Americans to ever put on a pair of boxing gloves.

Muhammad Ali was not only a three-time heavyweight champion of the world, he was also one of the most influential social and political figures of the 20th century

Undoubtedly the greatest of his generation, and perhaps the most colorful sportsman the world has ever seen, Muhammad Ali (1942-2016) was a three-time heavyweight champion of the world.

Born Cassius Marcellus Clay Jr., Muhammad Ali, 18, burst onto the scene with his mesmerizing display at the 1960 Summer Olympics held in Rome, Italy, where he picked up the gold medal in the light heavyweight division.

His impressive career stats reads as 56 wins and just 5 losses with 37 of those wins coming as a result of knock outs (KOs). At the peak of his career, no boxer in the world could go face to face with him in the ring. 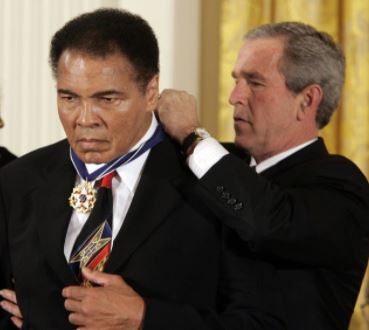 In recognition of his heroic achievements and courageous contributions to not just the sport of boxing, Muhammad Ali was honored with the Presidential Medal of Freedom in 2005 by President George W. Bush |Photo by Paul Morse, Courtesy of the George W. Bush Presidential Library and Museum

In spite of all the setbacks he suffered due to his refusal to be inducted into the U.S. Army, the Louisville, Kentucky-born boxer proved his critics wrong. The five years (1966 to 1971) that he spent out of the ring owing to the ban took nothing away from speed and athleticism as he defeated George Foreman in 1974 to reclaim his heavyweight title. Dubbed the The Rumble in the Jungle, Ali’s fight with Foreman went down as one of the greatest sporting events of the 20th century.

Did you know: For his unmatched contribution to boxing and society in general, Muhammad Ali received the Presidential Medal Freedom in 2005?

Beginning as an amateur boxer, Sugar Ray Robinson (1921-1989) fought 85 times and had no defeats. Of those 85 fights, he secured a staggering 69 knockouts with 40 of them coming in the first round.

Buoyed on by those impressive stats, Sugar Ray, whose real name was Walker Smith Jr., turned professional in 1940 and went on to win the world welterweight crown in December 1946. Before making his entry into the middleweight, Sugar Ray Robinson, who was also born Walker Smith, defended his welterweight title four times.

In 1952, he was stopped in his track when he attempted to snatch the light heavyweight title from Joe Maxim. Regardless of that setback, Sugar Ray Robinson continued to dominate his weight category as he came out of retirement in 1955 to snatch back the middleweight.

Did you know: Sugar Ray Robinson was the first modern athlete to use an “entourage”? 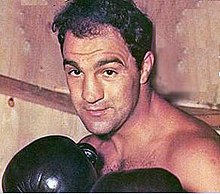 To this day, Rocky Marciano (1923-1969) – a boxer who retired without tasting a single defeat – is very much respected in the world of boxing and beyond. In a career that spanned from 1947 to 1956, Marciano knocked out his opponents 43 out of the 49 fights that he had in total. This heavyweight champion of the world was a phenomenal athlete with jaw-breaking punches.

In 1952, Rocky Marciano helped himself to the heavyweight title by defeating Jersey Joe Walcott in the 13th round. He held on the title from 1952 to 1956. Some of his other notable wins came against Joe Louis, Roland La Starza, Don Cockell and Ezzard Charles. His final fight, which he won, was against Archie Moore in 1955. That fight took place at the Yankee Stadium, New York City.

Did you know: Rocky Marciano, also known as “The Rock”, amazingly achieved 43 knockouts in the 49 wins of his professional boxing career? 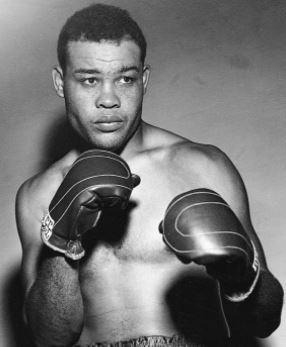 Joe Louis’ most famous opponent was probably Max Schmeling, whom he fought twice. In the first fight, which took place in June 1936, the German boxer knocked out Joe Louis in the 12th round. Two years later, when the two boxers met in a rematch, Joe Louis prevailed, knocking out Schmeling in the first round.

Such was Joe Louis’ prowess in the ring that IN 2005 the International Boxing Research Organization named him the best heavyweight of all time, coming ahead of the greats like Muhammad Ali and Jack Johnson. American boxing magazine The Ring rightfully placed him top on the list of the 100 greatest punchers of all time.

Nicknamed the Brown Bomber, Joe Louis had a total fight of 69 where he won 66 of them and attained 52 by knockout. He lost just three of those professional fights.

Did you know: Joe Louis’ arch rival was the German boxer Max Schmeling, whom he defeated in a rematch 1938? The fight went into the annals of history because Louis knocked down Schmeling three times, as the German could only manage two punches against Louis. 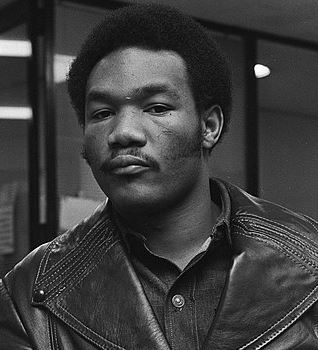 George Foreman had a very long and prosperous boxing career that spanned from 1969 to 1997. Therefore it came as no surprise when he knocked out Michael Moorer in the 10th round to clinch the heavyweight title at the age of 45. The fight, which occurred on November 5, 1994, meant that Foreman wrote his name in history as the oldest heavyweight champion.

Nicknamed “Big George”, George Foreman was born on January 10, 1949 in Marshall, Texas. Overcoming a very troubled childhood, Foreman got involved in amateur boxing in his teens. At the 1968 Summer Olympics in Mexico City, Foreman flew the flag of the United States high by clinching the gold medal in the heavyweight division. The following year, Foreman went on to win the heavyweight title, knocking out Joe Frazier in just the second round. Bear in mind, Joe Frazier was undefeated at the time.

Foreman’s impressive winning streak continued until he was stunned by fellow great Muhammad Ali in 1974 in Kinshasa, Zaire (now Democratic Republic of the Congo). The fight, which was attended by over 60,000 people in the Stade Tata Raphael, was dubbed the greatest fight of the 20th century and was viewed by about 1 billion viewers worldwide.

Following a loss to Jimmy Young in 1977, Foreman hanged up his gloves. However, he made that famous comeback his seven years later to stun the entire world as he defeated 26-year-old Michael Moorer. Foreman permanently hanged up his gloves in 1997; his career stats read as 76 wins out of 81 fights, with 68 KOs and 5 losses.

Did you know: George Foreman – a two-time heavyweight champion – is also an ordained Christian minister, a successful entrepreneur and a writer? 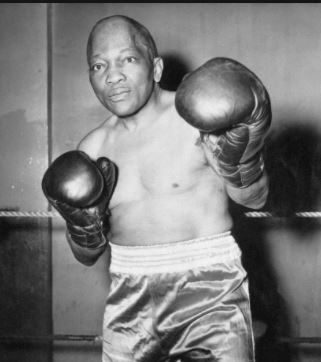 In a career that spanned from 1897 to 1928, Jack Johnson (1878-1946) attained high feats that made him one of the greatest American boxers to enter a boxing ring. This boxer holds the honor of being the first black heavyweight champion. His crowning achievement came in 1908, when he defied critics and defeated Tommy Burns to claim the heavyweight title.

A deliberately arrogant and provocative boxer both in and outside the ring, Jack Johnson had the heavyweight title from 1908 to 1915 when he was defeated by Jess Willard. Due to what could only be described as a typical case of Jim Crow law, Johnson had to spend much of his career outside the United States, as he was unduly hunted by the authorities for fraternizing with white women.

Popularly called “Smoking’ Joe”, Joe Frazier (1944-2011) was a true gem in the world of boxing. His career, which spanned from 1965 to 1981, saw him defeat the likes of Muhammad Ali, Jimmy Ellis, and Eddie Machen.  Frazier’s time on the top of the heavyweight division lasted from 1970 to 1973. He is also famous for winning the a gold medal at the Tokyo 1964 Summer Olympics.

Frazier is most known for being one of Ali’s fiercest opponents; and in the three times that he came face to face with Ali, he managed to snatch one victory.  This truly great heavyweight fighter lost just four times in his professional career. At the time of his retirement, his career stats read as 32-4-1, with 27 KOs. 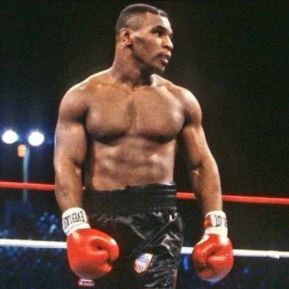 Born Michael Gerard Tyson in New York, U.S. on June 30, 1966, Mike Tyson, commonly known as “Iron Mike” or “Kid Dynamite”, was such a phenomenal boxer and athlete that at the peak of his career he was named “The Baddest Man on the Planet”. Such epithets of Mike Tyson are not mere exaggeration of the feats accomplished in a career that spanned about two decades (from 1985 to 2005).

In his fighting days, Tyson was in the ring 58 times, wining 50 and losing just 6 of those fights. The manner in which his 44 KOs came is the reason why he is considered one of the greatest heavyweight boxers of all time.

Tyson holds the record as the youngest heavyweight champion ever. This extraordinary feat of his came in November, 1986, when he, 20 years and four months, knocked out Trevor Berbick in the second round. From 1987 to 1990, this Brooklyn-born boxer was revered as the undisputed world heavyweight champion. Thus he held all three major heavyweight titles – the WBC, WBA and IBF titles – in that period.

A completely intimidating boxer, Tyson’s powerful punches proved too hot for boxer Michael Spinks to handle, as Tyson knocked out Spinks in just 91 seconds of the first round. Up until his defeat at the hands of underdog James “Buster” Douglas in 1990, Tyson had won the first 37 of his professional fights.

Did you know: Mike Tyson secured 12 knockouts in his first 19 professional ring fights? 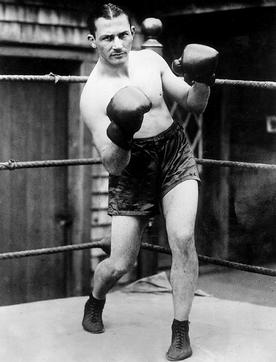 Benny Leonard remains the longest-reigning lightweight champion in history. The New York City-born boxer had about 220 fights, and out of those fights, he won 186, with 70 coming by knockouts. He lost a mere 22 of those fights.

After hanging up his boxing gloves, he ventured into refereeing boxing matches.  Sadly his life was cut short when he collapsed while referring a boxing fight at the St. Nicholas Arena in New York. The 51-year-old former boxing icon died of a heart attack. Benny Leonard is best remembered for his sheer speed, power and the exquisite style he used in knocking out opponents in the ring. 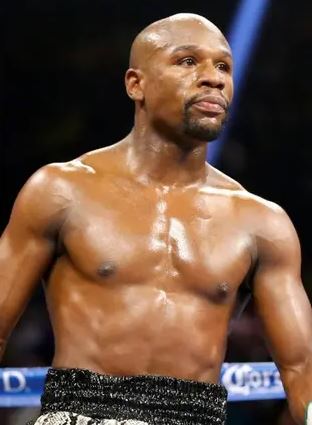 Nicknamed the “Pretty Boy” of boxing, Floyd Joy Mayweather Jr. (born on February 24, 1977) began his professional boxing career in 1996. Since then, he has gone on to win an impressive fifteen major world titles. The Michigan-born boxer competed in the junior lightweight, lightweight, junior welterweight, welterweight, junior middleweight divisions. In his amateur days, he rose to prominence by winning a bronze medal in the featherweight division at the Atlanta 1996 Summer Olympics. He also clinched the U.S. national championship at the featherweight division and three U.S. Golden Gloves championships.

In the last two decades or so, there has not been a better pound for pound boxer than Floyd Mayweather. This explains why he was honored the 2010s “Fighter of the Decade” by the Boxing Writers Association of America. The Los-Angeles-based digital media giant, Ranker, named Floyd Mayweather Jr. the second best boxers of the 21st century.

Mayweather’s astounding career stats reads as 50 wins in 50 fights with 27 of those wins coming by way of Kos. Examples of the skilled fighter’s win came against the likes of Genaro Hernández, Oscar De La Hoya, and Filipino boxer Manny Pacquiao.

Did you know: Floyd Mayweather was first on the list of Forbes highest-paid athletes in several years of the 2010s?