Role in the American Revolution 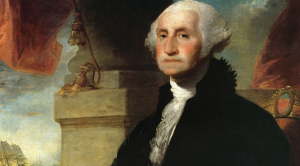 George Washington became an American hero after securing victory over the British.

Towards the end of 1760, the imposition of hefty taxes by the British on Americans had adversely affected the citizens. George Washington had felt the heavy taxes himself. Colonists believed it was time for England to leave America alone.

In 1774, Washington was part of the delegates of the First Continental Congress that took place in Philadelphia. The American Revolution set in before the Second Congress meeting could be convened.  Washington took the lead role as chief commander of the US Continental Army.

He showed rare skills in uniting his poorly trained army to fight with extraordinary strength. The war lasted 8 years but victory went to Washington and his Continental Army. Washington was named a great hero afterward.

Washington’s Rise to the Presidency 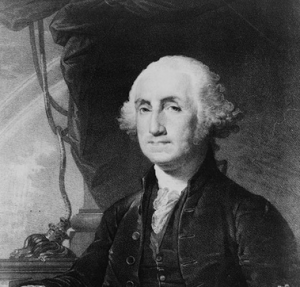 Washington was inaugurated as the President of the US at the age of 57 years old.

After a peace treaty was signed between the US and Britain, Washington concluded that his job was done. He left his army role to continue with his farming. In 1787, he got an invitation to constitute the team that would draft the US Constitution. His intelligent ideas convinced his fellow delegates that no other person was fit for the position of the first president of the US than George Washington.

After initial plans to refuse the presidential race, Washington reconsidered his decisions and stood for the presidency. He won the 1789 presidential election. The runner-up was John Adams; he was chosen as Vice President.

Washington was 57 years when he was inaugurated as the first president on April 30, 1789, at the Federal Hall on Wall Street, New York. His permanent office was also in New York. Washington D.C (the current US capital, named after him) wasn’t yet constructed.

After fighting and serving his country for more than four decades, Washington declined when he was asked to go for his third term. He retired to Mount Vernon, Virginia, to continue with his farming. He encouraged successive American leaders to minimize foreign involvement.

How did George Washington Die?

Washington caught a cold on his farm when he went to inspect his properties while it rained. The cold later affected his throat. He died on the night of 14th December 1799, at the age of 67.