Did George Washington Have Any Children? 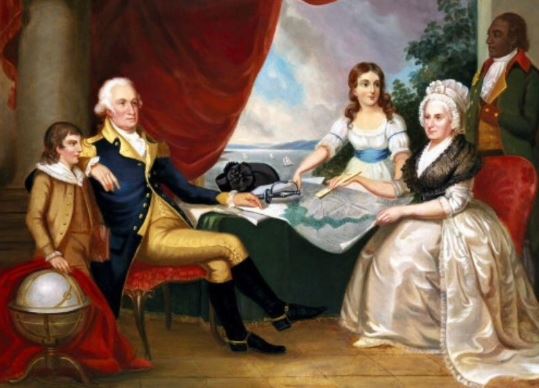 The first president of the United States of America was in the person of George Washington. He was a sharp politician, a plantation owner, revolutionary commander of the Continental Army, and above all, the greatest Founding Father of the USA. Washington got married to a wealthy widow called Martha Dandridge.

The couple stood firmly by each other’s side during the American Revolution, before gaining political power as the first presidential couple of the United States. Have you ever wondered whether the couple had kids or not?

The shocker is that, even though Washington would have loved to biologically father his own children, it happened that kids didn’t come his way after marrying Martha Dandrige Custis. Washington served as a father to Martha’s children from her marriage to deceased ex-husband Daniel Parke Custis.

At the time of his marriage to Martha in 1759, Washington was about 27 years-old — Martha was about 28. The big question is: why couldn’t a young couple in their late twenties give birth? To face the ugly truth, there were propositions that one of the couple may have been infertile (sterile).

But Martha was largely eliminated from the infertility equation because she earlier had 4 children with her ex-husband . Definitely, George Washington had to painfully come to terms with his infertility condition.

Well, he may not have had a biological child of his own but, he can smile peacefully knowing that he is the “Father of America”.

Probable Cause of Washington’s Infertility

The writings of Washington clearly showed that the president had a burning desire to father his own kids with Martha. This meant that, his infertility was not a willful decision. At the realization of this, historians began questioning the kind of barrier that may have rendered a fine statesman of George Washington’s kind sterile.

The popular proposal about Washington’s sterility was that, the smallpox he suffered while recovering in Barbados with his brother Samuel may have been the probable cause. Others suggest that, an unknown disease or sexual disorders were not out of the question.

What was surprising and absurd was that, Washington himself didn’t believe that the fault was his — he allegedly accused Martha of their ”childlessness” problem. In the end, it was difficult to establish who was to blame, simply because the technology of that era wasn’t capable of probing the issue further.

Even though Washington himself couldn’t produce children, he was a father to Martha’s two surviving children – Patsy & Jack. Due to the high fatality rate of children born at the time, Martha lost 2 of her children, Daniel & Frances, in 1754 and 1757 respectively.

Even though George Washington couldn’t personally produce kids, he probably didn’t lose anything all. After all, he has been given enough credit as the Father of America; by virtue of his contributions to American Independence and democracy.