Fidel Alejandro Castro, a great man who was very dedicated to the good of his country.  A great individual with an incredible sense of humor, but also had the habit of taking things personally and being unforgiving. He loved to be respected and never tolerated any disrespect, a great leader indeed.  Learn more about the history and biography of the legendary Cuban leader – Fidel Castro.

Fidel Alejandro Castro Ruz’s biological parents were Angel Castro y Argiz and Lina Ruz Gonzalez. He was born on the 13th day of August 1926 at Biran, Cuba. Lina was his father’s mistress and also the servant in his house who he (Angel Castro) later got married to when he divorced his first wife.  His father had fought in the Spanish-American War in 1898. Angel Castro was also a very rich sugarcane farmer at Las Manacas farm, located at Birán. Fidel was one of his parent’s seven children. When he was eight years old, he was baptized a Catholic. 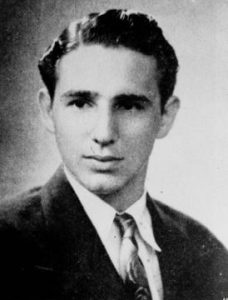 Castro attended the University of Havana

At the young age of 6, Fidel was sent to live with his tutor in Santiago de Cuba.  Castro was able to attend La Salle boarding school, which was in Santiago because he was a Catholic. He went on to attend Jesuit-run Dolores school. In 1945, he attended Jesuit-run El-Colegio de Belén, an upgrade of the one he had attended initially.

Fidel focused on debating, history, and geography, but struggled with other  courses.  He, however, did well in sports-related activities at school. He eventually entered the University of Havana as a law student. While at Havana, he got interested in politics and joined a party called, the Anti-Corruption Orthodox Party.

Fidel Castro took part in an attempted coup against the dictator of the Dominican Republic, Rafael Trujillo. He participated actively in student activism and also got himself into the violent culture in the school. He vied for the Federation of University Students presidency and lost. Fidel was a huge critic of President Ramon Grau and his government due to corruption and human rights violation.

In November 1946, he got acknowledged on different news outlets when he put together a speech on corruption and violence in Roman Grau’s government. Castro went on to join the Party of the Cuban People in the year 1947. The founder of this party, Eduardo Chibàs, fought for honest government, freedom in politics and social justice while creating awareness of the corruption the country was facing under President Ramon Grau.

Chibàs participated in the elections in 1948 but did not win. Castro kept working with him and even received a death threat but didn’t budge.  He rather went around carrying a gun and kept the company of friends who were also armed. It is said that during this time, Castro took part in assassinations but there was no proof.

Castro founded a group, known as, The Movement. They partnered with ‘The Accuser’, a hidden newspaper company, to gather and train recruits who were against Batista. Some of them also armed themselves. This group gained over 1,000 recruits within a year. He chose to not to team up with PSP (Popular Socialist Party) although his brother, Raul Castro was a part of them. Nevertheless, he stayed in contact with some of the members.  Castro gathered weapons for an attack he was planning on the Moncada barracks.

The plan was for his people to wear army clothes and go to the base, take control and pack all the weapons before backup arrived. In July 1953,  Castro, along with over 100 men, launched the attack on the army barracks of Moncada. The attack was a complete fiasco.  Castro and his men were arrested and sentenced. Fidel Castro, in particular, received a 15-year sentence. His other accomplices were not as lucky as him. Most of them were executed.

In the aftermath of Castro’s sentence, his supporters and followers held a nationwide demonstration and protests for amnesty to be granted to the perpetrators of the Moncada attacks. Some politicians were also in support of the idea of granting Castro and his compatriots an official pardon.

Eventually, on the 15th of May 1955, Batista granted amnesty to Castro and his accomplices. Castro went to Mexico after he was released from jail and formed the  26th of July Movement. Notable members of this group included his brother, Raul Castro, and Che Guevara. Upon his return to Cuba, he led the guerrilla warfare against Batista’s regime.

After several years of clashes with President Batista’s forces, Fidel and his movement eventually succeeded in pushing Batista out of Cuba. Fidel became the prime minister of Cuba on the 16th of February 1959. 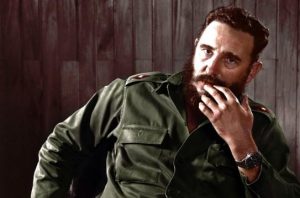 As prime minister, Castro made all the businesses belonging to the United States and its allies national properties.  He nationalized a number of factories such as oil refineries and sugar factories.

This action offended the United States, causing them to halt relations with Cuba. The U.S. imposed a series of economic embargoes on Cubans. All trading with Cuba ceased. U.S. President Dwight Eisenhower supported and funded military training of over one thousand Cubans living in exile. The goal was to remove  Castro from power. However, the attempted coup did not succeed. Over one hundred of the perpetrators lost their lives while the rest got arrested.

Castro, in an effort to fight the opposition, joined forces with the Soviet Union and allowed them to store nuclear weapons in Cuba. This brought about the Cuban Missile Crisis, which almost resulted in warfare between the U.S. and the Soviet Union.

Alpha 66, a group in Florida, abducted the crew members of two fishing boats from Cuba. This was an attempt to free some of their militants, who were jailed in Cuba. The United States government pressured the Castro led government until the hostages were eventually released. This happened in the month of May 1970.

When Castro got into power, he made sure the people of the countryside had access to electricity; he ensured that his people had access to jobs, health care, and education.  He established schools and health care facilities. However, after doing this, he had politicians against him arrested and shut down publishing industries that opposed him.

He made sure there was a limited number of land belonging to one person and closed down businesses that were not owned by the country. This affected the country and it led to a mass migration of Cuban citizens out of the nation. Many of the emigrants were professionals, with the majority of them fleeing to the United States. 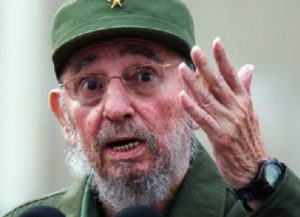 On the 31st day of July 2006, Fidel went through a surgery for bleeding in the intestines. He assigned his duties as president to his brother Raul Castro.

The non-aligned movement decided in Havana during their 14th Summit that Fidel be made president for their organization for a year.  In a letter dated February 2008, Fidel stated that accepting the position of president of the council of state or accepting to be commander in chief would betray his conscience since he was not physically in the position to do so. In the same month, his brother was voted president by the National Assembly of People’s power.

His brother suggested that Fidel should be allowed to preach on discussions, which the assembly members agreed. Fidel’s health got worse and the country’s government refused to say what was wrong with him.  Despite his ill health he still played a role in politics. He continued to consult with leaders of different countries.

In July 2010, Fidel appeared on a television interview for the first time publicly after being unwell to discuss issues relating to Iran and North Korea. Fidel resigned as party leader and chose Raul to succeed him. He became an elder statesman in the month of March 2011.  He went on to speak against the NATO-led military intervention in Libya.

Fidel Alejandro Castro died a natural death on the night of 25th November 2016.  Raul Castro, his brother was the one who announced it to the public.  Government officials from countries in Africa, South Asia, and Latin America lauded him for the phenomenal sacrifices he made for the people of Cuba.  Fidel’s body was cremated and his ashes were inured in Santiago de Cuba on December 4, 2016, in the presence of hundreds of thousands of people.

Fidel Castro got married to Mirta Diaz-Balart in the month of October 1948. The couple gave birth to a son, named, Fidel Angel Castro Diaz-Balart, who was born in September, the following year. Their marriage ended in the year 1955 with Mirta relocating to Spain. Although it is said that she came back to Cuba in 2002 to live with her son for some time. Fidel got married again to Dalia Soto Del Valle. They were still married when he died. Castro and Dalia together had five sons, named, Antonio, Alexis, Alexander, Alejandro, Angel, and Alejandro.

It is said that during his marriage with Dalia, he had a daughter by name Alina Fernandez Revuelta with Natalie Revuelta Clews, a woman he was seeing. Alina, who was not in favor of her father’s rules moved to the United States, she spoke against his policies from there.

Castro also fathered a son called George Angel Castro with a woman whose identity is not known. He birthed a daughter by name Francisca Pupo in 1953 after sharing a night with a woman during his visit to foreign countries where different women were selected for him for one night affairs.

Below is a short video on the biography of Fidel Castro:

Some Facts about Fidel Castro