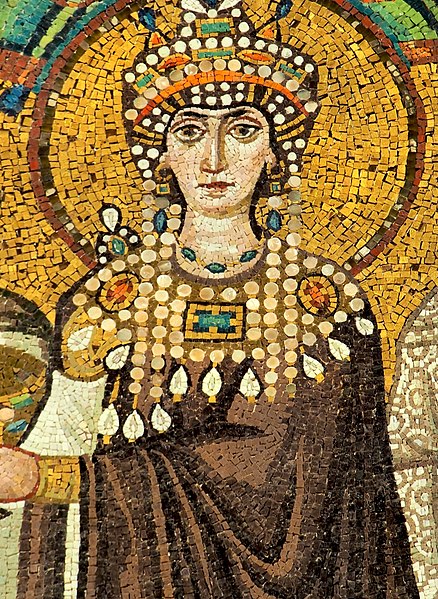 Most known for being the wife of the Byzantine emperor Justinian I (482 CE – 565 CE), Empress Theodora was arguably the most powerful woman in the history of the Byzantine Empire, as she was able to use her immense influence to advocate a number of social and religious reforms across the empire. The Empress’ immaculate presence and political prowess made her a reliable figure and trusted senior advisor to her husband from 527 CE up until her death in 548 CE. She aided her husband’s rule, as the empire went through an era historians like to refer to as the golden age of Byzantine history.

During her somewhat joint rule (with Emperor Justinian I) between 527 CE and 548 CE, Empress Theodora was able to accomplish a lot of remarkable things. Some of her major accomplishments are as follows:

She rose from an actress/dancer to an empress of Byzantium

For someone who was once an actress and a dancer, the question that begs to be answered is: How did Theodora rise to become an empress?

It all began at a beauty contest, where the most beautiful women across the empire, regardless of class or status, conveyed in Constantinople. There was a long standing tradition for Byzantine emperors and members of the royal family to tie the knot with winners of those beauty contests. And as fate would have it, Theodora emerged victorious and snatched her one way ticket to the upper echelons of Byzantine society. She is said to have caught the eye of then-senator Justinian, the nephew of Emperor Justin I.

Enamored with Theodora because of her looks, charm, and intelligence, Justinian pleaded with his uncle to have the laws changed so that he, a senator, could marry an actress. This came in spite of Empress Lupicina Euphemia’s (Justin I’s wife) strong opposition to the marriage. Luckily for Theodora, Lupicina died before any hell could be raised over the marriage.

The marriage, which took place in 525 CE, between Justinian and Theodora allowed the latter to legitimize her illegitimate daughter. 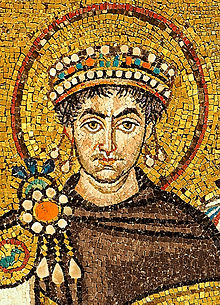 Empress Theodora’s husband Emperor Justinian I, also known as Justinian the Great, was emperor of the Byzantine Empire from 527 CE to 565 CE

In effect, she was the co-ruler of the Byzantine Empire

Procopius, one of the many Byzantine historians who painted a slightly unsavory picture of the personality of Theodora , described the Empress as a short but very beautiful woman who had a strong obsession with luxury.

On April 1, 527 CE, just two years after their marriage, Justinian I and Theodora were crowned emperor and empress respectively. Taking place in the famous Hagia Sophia, the coronation ceremony of the royal couple was said to be one of the most lavish the empire had ever seen. 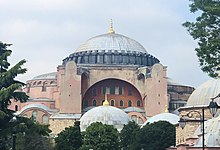 The Hagia Sophia church was given a new look following the slight destruction it suffered during the Nika Revolt of 532 | Image: Hagia Sophia was built at the time of Emperor Justinian I.

Most likely due to her independent thoughts and novel ways of doing things, Empress Theodora was scorned by some conservative elements in the royal court. One such example of those independent thoughts of hers saw her advocate Monophysitism (also known as miaphysitism), a religious belief that only recognizes the divine nature of Jesus Christ, instead of two natures (human and divine) popularly believed by orthodox Christians of that era.

Theodora was not afraid to engage in acts aimed at spreading monophysitism across the empire. Often times she even held religious services in the Great Palace of Constantinople.

The Empress was an advocate for rights of women

Empress Theodora used her immense influence to get number of laws passed that fought against the trafficking of young girls and abuse of women in general. She also pushed for the amendment of divorce laws in order to grant women a fairer judgement during divorce proceedings.

Helped her husband quell the Nika Revolt of 532 CE

Just five years into their reign, Emperor Justinian and Empress Theodora had to deal with a serious revolt which later came to be known as the Nika Revolt of 532 CE. Between January 11 and January 19 of that year, a rowdy group of supporters based in the Hippodrome of Constantinople had grown irritated because Justinian I decided not to pardon Blue and Green loyalists that were responsible for violent skirmishes early on.

Soon, those agitations in the Hippodrome, the famed arena that was used for spectacular chariot racing, spiraled into an all-out riot that saw protestors (from both Blue and Green fan bases) unite and demand the removal of the excessive tax imposed on them by Justinian. The rioters marched through the streets and chanted Nika, which means “conquer”.

In just a few days, violence and destruction spread like wildfire, bringing the city close to ungovernable.  The famed Hagia Sophia Church (presently a mosque in Istanbul, Turkey) was even burned down. Similar bad fate befell other buildings, including the baths of Zeuxippus and the Church of Saint Irene.

Staring face-to-face at a full-scale revolt, Justinian I and Empress Theodora had to act swift, particularly after hearing that General Hypatios had been installed emperor by the rioters. Theodora encouraged her husband to remain resolute and not back down.

Empress Theodora gave an inspiring speech, calling on Justinian and his generals Mundus and Belisarius to mercilessly destroy every pockets of the rebellion and restore order in the city. And so the generals carried out the Empress’s instructions to letter, killing over 28,000 people in the process. Hypatios, a man caught up in the unfolding chaos, was also executed.

Empress Theodora further advised that the doors to the Hippodrome be shut for many years in order to prevent a reoccurrence of any similar riots.

She was a known supporter of many charitable causes

She was a shrewd ruler, the kind that wasn’t afraid to act in an immoral and devious manner in order to attain her heart desires | Image: Empress Theodora depicted with a large halo and assorted jewelry, including a gem-designed crown and a Tyrian purple robe

While recovering from the deadly bubonic plague of 542 CE (also known as the Justinian Plague), Emperor Justinian I gave Empress Theodora full power to rule on his behalf. It was during this time the Empress carried out many of her devious plans to consolidate her power, just in case Emperor Justinian didn’t recover from the plague. She is said to have removed top officials and generals that she had a personal beef with and replaced them with her close personal friends.

Take away those personal vendettas and machinations, the Empress was praised for the support she gave to charitable causes, including donating handsomely to orphanages, religious organizations, and hospitals. And she never forgot her roots as she provided homes and vocational training to washed-up actresses, former dancers and strippers.

Long described by many historians as one of the reasons why the Nika Revolt spiraled out of control, chief minister John of Cappadocia lost his position kind courtesy to Empress Theodora’s expertly crafted schemes. John was said to be one of the biggest supporters of the excessive tax regime that the Nika rioters loathed.

In keeping up with some of the demands of the Nika protestors, John was perhaps set up as the fall guy by the monarch and subsequently fired from his position. However, he gradually made his way back to the political arena only for him to be once again booted out by Empress Theodora who described the politician as very corrupt and morally bankrupt.

Empress Theodore’s astute political skills allowed her to be involved in many strategic decisions of the royal court. One of such endeavors that those skills proved extremely useful for the Empress was in the passage of laws. The number of times her name appears on laws passed in the empire is a testament to just how important she was in the political arena.

Being a miaphysite herself, she came to aid of miaphysites by watering down laws passed against them. This helped end the rampant persecution of Miaphysitism.

Upon her proclamation as augusta following Justinian I’s ascent to the throne, she cleverly managed the affairs of the royal court, often times welcoming foreign ministers and envoys. In times when the Emperor was indisposed, the Empress was the one who handled the foreign relations of Byzantium.

Empress Theodora is venerated as a saint

Other Interesting Facts about Empress Theodora 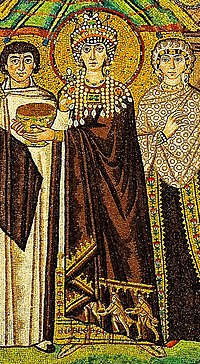 Mosaic of Theodora (middle), the Empress of Byzantium who is today venerated as a saint in a number of churches, including in the Eastern Orthodox Church and the Oriental Orthodox Church 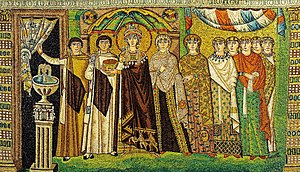 Empress Theodora most likely died in 548 CE. She was in her early 50s. Cancer has been suggested as the likely cause of her death, although some historians suggest gangrene as a more likely cause. In any case, her death had an adverse effect on Justinian, affecting the Emperor’s ability to rule for the remainder of his reign. Most likely out of honor and love for her, Justinian never remarried even though he did not have a heir.

As for Empress Theodora’s surviving daughter, historians state that she went on to have a number of children with many of them attaining high status in Constantinople.