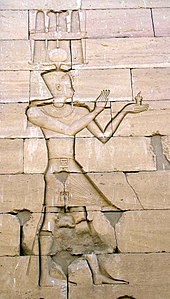 Augustus turned a declining Republic of Rome into a gigantic and mighty empire. | Image: Augustus in an Egyptian-style depiction, a stone carving of the Kalabsha Temple in Nubia

Known as Imperator Augustus Caesar, Emperor Augustus stretched the boundaries of the Roman Empire to include places such as Hispania, the Alpine regions of Raetia and Noricum (modern day Albania, Croatia, Hungary and Serbia), Illyrium and Pannonia (modern day Switzerland, Slovenia, and Austria), Judea and Syria, Galatia, Egypt, and Central Europe.

Ushered in an era of peace, security and prosperity 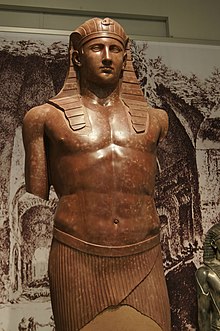 His reign ushered in an era of peace, ending the 100 years of civil war. In the 40 years that he was in charge, Rome experienced relative peace and prosperity known as Roman Peace (Pax Romana or Pax Augusta). | Image: Augustus as a Pharaoh

With no significant individual to marshal any resistance to Augustus’ rule, Rome’s civil war era gradually came to an end. Augustus then had the clarity of mind to introduce a host of reforms and policies that augured well for the peace, security and prosperity of Rome.

Augustus has been praised for his vision and political prowess in managing an empire that was diverse owing to the fact that it covered large territories. A tactful and visionary leader, he said to have promoted trade and travel among those diverse groups of people, including from central Europe, North Africa and the Middle East.

The popular good wishes phrase often uttered by the Roman Senate – “Be more fortunate than Augustus and better than Trajan” – is testament to just how Augustus’ reign was acclaimed for its peace, stability and prosperity.

Used religion to consolidate his rule

Emperor Augustus was known for using religion as one of his most potent tools to keep the peace and harmony in the Roman Empire. The Emperor also deployed religion to consolidate his reign, making it extremely difficult for would-be usurpers to succeed. As time went by, he steadily positioned himself as Rome’s overall spiritual leader, sort of like a demi-god on earth. His goal was to join the elite group of Roman leaders (such as Romulus and Aeneas) who rose to such acclaim that Rome took to worshiping them as gods. 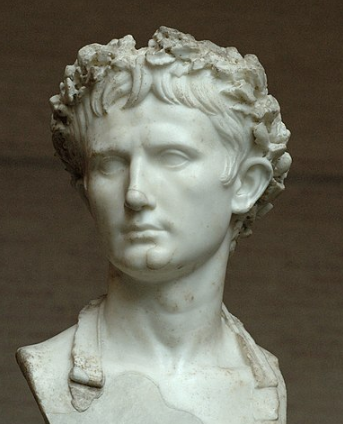 Accomplishments of Augustus | One of the full titles of Augustus read as Imperator Caesar divi filius, meaning “Commander Caesar son of the deified one”

Renewed Rome’s interest in traditions of the past

On several occasions, Augustus used the immense admiration Rome had for his great-uncle Julius Caesar to call himself the “divine son” or “son of the divine Julius” (divi fillus). To support this claim of his, Augustus made good use of his propaganda machine to get the message out to the people that he lived a very modest lifestyle, eating only plain meals and drinking simple beverages. All those techniques were aimed at making the people believe that he alone could take Rome to heights never seen before: he alone was the one who could make Rome great again.

To whip up his people’s interest in past traditions, Augustus committed significant amounts of resources into renovating old temples of Roman gods. It’s been estimated that he carried out restoration works in close to hundred temples in the empire. As the chief priest of Rome (Pontifex Maximus) and the leader of the Collegium Pontificum, Augustus placed himself in position that allowed him to effectively supervise those projects.

Created a dynasty of Roman Emperors

Following his victory over Antony and the incorporation of the Egyptian territories into the Roman Empire, Octavian could now set about to stabilize the affairs of Rome as there was no significant threat to his dictatorship. Not wanting to give off the impression that he sought to create a dynasty for himself, he pretended to relinquish some power to the Roman Senate and the legislative assemblies.

Initially, he returned full power to the Senate in a well-crafted move to throw the Senators and the people off the scent of his true intentions – the establishment of a monarch, the Julio-Claudian dynasty. In a bid to avoid his association to monarchy, he refused holding a scepter; neither did he wear any golden crown nor a purple toga.

He expertly courted the Senate and the people, acting at all times as the champion of Republican traditions. That included giving the illusion of free elections as he and Marcus Agrippa got elected consuls by the Senate. Prior to that he made a big show by relinquishing his control of the provinces and the armies. However, in actual fact, his immense financial muscle allowed him to still maintain a strong grip on those provinces, including the loyalty of the armies.

Augustus was succeeded by Tiberius, his stepson and adopted child. Image: Bust of Tiberius