What were the major accomplishments of President Chester A. Arthur? 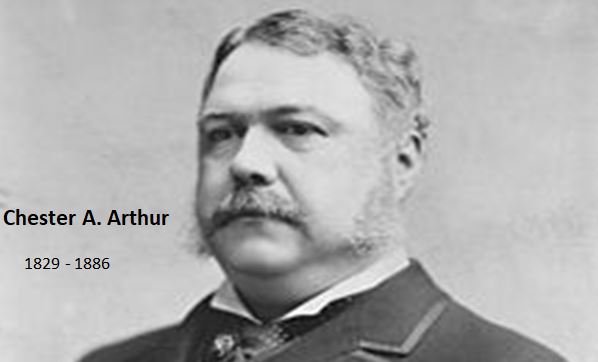 Chester A. Arthur was a Vermont-born attorney and politician who became the 21st President of the United States upon the tragic assassination of President James A. Garfield. Prior to that, he was the 20th vice president of the United States. Chester Arthur was a very experienced lawyer, serving as New York Militia’s quartermaster general during the four-year American Civil War.

After the war was over, he went on to become an influential member of Senator Roscoe Conkling’s political wing in the Republican Party. However, upon becoming the commander in chief of the nation, Arthur decided to break away from Conkling’s machinations and influence. He is most remembered for instituting a host of reforms in the civil service. What other things did Chester A. Arthur accomplish during his presidency?

Fast Facts about Chester A. Arthur

7 Major Accomplishments of Chester A. Arthur, 21st President of the United States

The following contains the seven major accomplishments of President Chester A. Arthur:

Fought for equality and justice for African Americans

In the mid-1850s, Chester A. Arthur engaged in host of legal cases to defend the civil rights of African Americans living in New York State. The most famous example of this was when he acted as the attorney for an African American teacher named Elizabeth. The woman had been unfairly treated and her rights infringed upon while aboard a New York state car. Arthur proved just how good a lawyer he was by winning the case.

Owing to the decision from the trial, there was increased awareness of the plight of African Americans. Ultimately, streetcar lines in state became partially dissegregated. In another case, Chester succeeded in winning the freedom of eight slaves.

Distinguished himself brilliantly during the Civil War

Upon the breakout of the American Civil War in 1861, Arthur, like many other brave men in the North, volunteered to fight and die for the Union.

Although he did see the amount of battles that say an Ulysses S. Grant or a Rutherford B. Hayes saw, Chester A. Arthur worked very hard as an engineer in Union’s army (a military staff of Governor Edwin D. Morgan).

As a quartermaster general in New York’s militia, his selfless sacrifice was undoubtedly vital in keeping equipment and other war materials moving in fluid nature. He proved himself competent enough to handle the housing needs of the troops flocking into the state.

Before retiring from the Union’s army, Chester A. Arthur had attained the rank of brigadier general in New York Militia.

Collector of the Port of New York

Chester A. Arthur happened to work in the Port of New York at a time when the entire U.S. custom houses were inundated with political appointments.

For his strong support of the Republican Party as well as Ulysses S. Grant’s candidature for president, Chester A. Arthur was eventually rewarded with the position of Collector of the Port of New York. The position was a very lucrative one in terms of the perks and benefits – even more than the president of the U.S.

But for a few criticisms of the patronage and spoil systems, Arthur managed the New York Port in a reasonable manner from December 1, 1871 to July 11, 1878. After all, the place was brim full with cronies and allies of Roscoe Conkling.

Historians believe that Arthur was heavily involved in raising the very funds that proved vital for Grant’s election as president of the U.S.

His forced departure from the Custom House in New York came during the presidency of Rutherford B. Hayes – a man who wanted nothing to do with the patronage system and Conkling’s machine.

Vice President of the United States

Arthur was the preferred vice presidential candidate to keep the competing interests of the various Republican Party factions from destroying the party. The Republicans went on to win the election. James A. Garfield was sworn in as president while Chester A. Arthur became the 20th Vice President of the United States.

Still heavily under the influence of Roscoe Conkling and friends in New York, Chester had to tow a delicate balance between serving his Commander in Chief and meeting the needs of the Stalwarts in New York. He chose the latter. The friction between President Garfield and Vice President Chester A. Arthur continued throughout Garfield’s brief stay in the White House.

He and President James Garfield had different opinions about reforms in Civil Service. Chester backed continuation of the spoils system and Roscoe Conkling’s machine. The system placed people in the civil services based on party affiliations.

Achievements as President of the United States

Upon the death of President James A. Garfield in September, 1881, Chester A. Arthur was sworn in as the 21st POTUS. Owing to the shock of Garfield’s assassination and eventual death, Americans all over had started to grow fed up of Roscoe Conkling’s machine. They wanted some sort of reforms. President Chester heard their calls and responded accordingly. To the shock of Republican Stalwarts in New York, Arthur decided to rise above the Republican machine in New York state.

The Pendleton Civil Services reform was undoubtedly President A. Chester’s greatest achievement. It takes a lot of courage for someone neck deep in machinations of New York political boss Ross Conkling to break free. Chester A. Arthur did exactly that. And it came in the form of the Pendleton Civil Services Reform – reforms that allowed the meritious appointment of people into the Civil Service. The interesting thing about those reforms was that Chester Arthur not only had to shrug off Ross Conkling, but he also had to force those reforms through a reluctant Congress.

After the American public got frustrated with the Spoils system, Congress joined forces with Arthur to reinforce those civil service reforms. The Pendleton Act in 1883 was a historic win for Chester A. Arthur in the sense that it helped form a bipartisan Civil Service Commission. And positions in the Civil Service could be obtained through objective and competitive examinations. The commission also protected Civil servants from the whims and caprices of politicians in Washington, allowing workers to go about their job in free and fair working environment.

Other Honorable Achievements of Chester A. Arthur

The budget surplus experienced during his presidency was strongly criticized by his opponents. But to be fair to President Arthur Chester, the surplus had started to accumulate long before he became president. As at 1882, the budget surplus was in the region of $145 million. In response, the president removed a number of excise taxes on goods.

In May 1882, Chester signed the tariff bill that established a tariff commission. He also pursued some level of internal improvements in order to reduce the nation’s budget surplus.

Owing to significantly less and less investment in America’s navy in the years after the Civil War, the U.S. Navy had deteriated to quite a large extent. For example the number of navy vessels had shrunk and many of the vessels were either broken down or obsolete. President Chester A. Arthur worked had to bring back the glory days of the U.S. Navy. He continued the policies of his predecessor President Garfield, reforming the entire U.S. Navy. Funds were made available for three new steel warships and an armed dispatch-steamer.

How did Chester A. Arthur die? 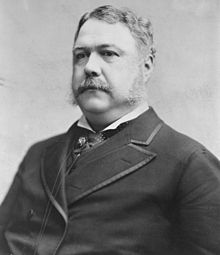 Shortly after taking the White House job, President Chester A. Arthur was diagnosed with an awful kidney disease. He kept this unfortunate news a secret throughout his presidency. Knowing that his days on earth were numbered, Arthur sought to leave a lasting legacy on the face his nation. Historians believe that this was probably the reason why he broke away from Ross Conkling and his allies. In order to mask his poor health, Arthur went about his duties as if nothing was amiss. He even tried to win his party’s nomination for the 1884 presidential election.

About a year and half after leaving Washington D.C., Chester A. Arthur, an average ranked US President, succumbed to his kidney disease. He died on November 18, 1886 at the age of 57. He was survived by his two children.

The 21st President of the United States was buried at Albany Rural Cemetery in New York.