“Somewhere, something incredible is waiting to be known.” It may seem this popular quote by the renowned American astronomer and researcher was his guiding principle that led to his remarkable scientific discoveries and served as the forerunner to later works. Carl Sagan contributed immensely to simplifying astronomy for the ordinary man. He promoted the public understanding of science and penned about over 550 scientific papers.

Sagan also explained astronomy in several books including the famed “Cosmos,” which he co-wrote with wife, Ann Druyan. The book’s earlier documentary film, “Cosmos: A Personal Voyage” was his claim to international prominence.

What else was this American astronomy and science communicator best known for? Below, World History Edu provides a detailed look at the life, contributions and major achievements of Carl Sagan. 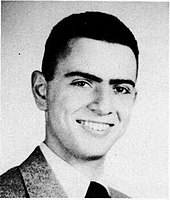 Carl Sagan in University of Chicago’s 1954

Born in 1934 in Brooklyn, New York, Sagan was raised in a working class family. As early as age seven, he developed a fascination with the universe and especially with the stars and the sun. The curiosity-driven youngster set out to use science as a tool to help him explore such phenomenon.

Carl Sagan attended the David A. Broody Junior High School and in the following year, continued at the Rahway High School. After high school, he pursued various science programs that earned him degrees in astronomy, physics, astrophysics from the University of Chicago. During his undergraduate, he worked with geneticist, H.J. Muller in the laboratory and collaborated with chemist, Harold Urey to write a thesis on the “Origins of Life.”

Until 1968, he taught and worked as a researcher at Harvard University. He later moved up the educational ladder to become a professor of astronomy at Cornell University in Ithaca in 1971. This period saw him author a number of books about the universe and edit Icarus, the scientific journal. He later served as the director of the Laboratory for Planetary Studies and eventually left the university 1981.

He was one earliest scientists to suggest there may be life on other planets and by so doing, contributed to the attempts of SETI to discover extra-terrestrial life. He advanced chemists, Stanley Miller and Harold Urey’s work by teaching that amino acids and nucleic acids can be obtained by a “mixture of simple chemicals to ultraviolet radiation.”

Together with scientists, Louis Friedman and Bruce Murray, he started The Planetary Society in 1980. The organization exposed the public to space exploration and through its grassroots efforts, got the government to help fund their space missions.

A former consultant and adviser to NASA, his contributions impacted NASA’s U.S. space explorations to Venus, Mars and Jupiter and helped discover the high surface temperature of Venus. He  found that it was extreme greenhouse effect that caused the thick carbon dioxide  atmosphere of Venus.

In 1967, he teamed up with his student to find out why the seasonal the “wave of darkening” occurs on Mars. They come out with the explanation that it was as the alternating seasonal winds that dropped “light-colored Martian dust on a darker highland rock” and removed it again.

In 1983, he researched the effects of the nuclear war on the environment and shed light on nuclear winter, a damaging global cooling that was an effect of a nuclear war.

Despite his valuable researches, he was better known as a spokesman for science and an astronomy popularizer.

Sagan was influential in the political space. He advocated for nuclear disarmament and disagreed with the Strategic Defense Initiative of former president Ronald Reagan.

Sagan’s writing credits include his book with Jerome Agel, “The Cosmic Connection: An Extra-terrestrial Perspective.” His “Cosmos” TV series was acclaimed as one of the most-watched in history. The series was a universe-made-easy that was aimed at popularizing the universe to its audience.

His latest written works argued that it was very unlikely that extra-terrestrial space vehicles would visit Earth.

In his final major book with Ann Druyan, “The Demon-Haunted World,” he explained his arguments against occultism and pseudoscience. 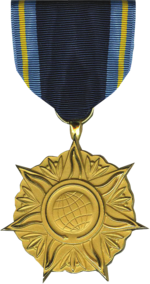 In 1994, he was an honored with the Public Welfare Medal which was the highest award of the National Academy of Sciences.

In 2001, during the commemoration of what would have been his 67th birthday, the NASA Ames Research Center dedicated a site for the Carl Sagan Center for the Study of Life in the Cosmos. The Center is at the planned NASA Research Park in California.

He received the Klumpke-Roberts Award in 1974 for his  work in astronomy. Four years later, he was presented with a NASA Distinguished Public Service Medal.

In 1992, he was awarded the Ørsted Medal from the American Association of Physics Teachers. A year later, in 1993, he was the recipient of the Carl Sagan Award for Public Understanding of Science.

Before he got married to fellow scientist, Ann Druyan, he was married twice. He had 5 children.

Sagan was diagnosed of a bone marrow disease that caused pneumonia and eventually took his life on December 20, 1996, aged 62. 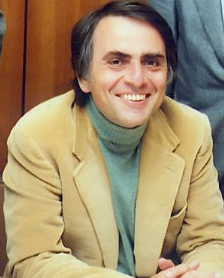 His TV series “Cosmos: A Personal Voyage” was watched in over 55 countries by over 500 million people.

The U.S. Library of Congress has in its possession many of Carl Sagan’s papers, which amount to more than half a million of items.