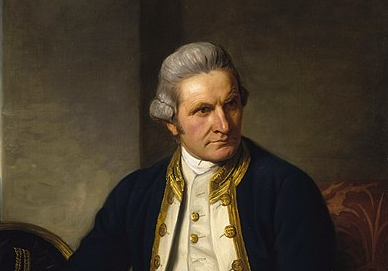 Captain James Cook was a British explorer famed for making maps of Newfoundland as well being a leading explorer of the Pacific Ocean. In one of his voyages, he became the first person to circumnavigate New Zealand.

Captain Cook had a knack for venturing into uncharted areas and lands. He rose to immense acclaim for mapping coastlines in clear detail that had not been done by any Western voyager or explorer before him. Many islands that he discovered or chanced upon were named by him, including Sandwich Islands (i.e. the Hawaiian Islands).

Cook died when he was just 50 years old, however his contributions to the world of exploration had tremendous impact on generations of voyagers, cartographers, and explorers from Britain and beyond.

Before delving into the major facts about the life of Captain James Cook, World History Edu presents few accomplishments chalked by the British explorer.

20 things you probably did not know about Captain James Cook 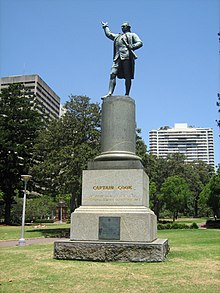 Captain Cook, a British explorer and cartographer, joined the Royal Navy in 1755 and went on to distinguish himself brilliantly by venturing into uncharted areas in the Pacific Ocean. | Image: Statue of James Cook, Hyde Park, Sydney, Australia

Cause of death: Stabbed to death by Hawaii villagers

Nickname: ‘The first navigator in Europe’

Captain James Cook quote on the challenges he faced as he tried to make his way across Antarctica mainland. Cook was on a quest to find a massive southern continent that was called Terra Australis Incognita (“unknown southern land”).