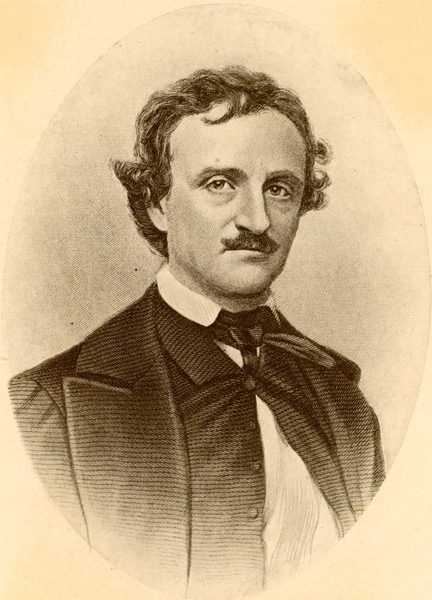 Edgar Allen Poe was a 19th century Boston-born writer and poet who penned down some of the most famous short stories and poems ever seen in English literature. He is largely considered the father of the detective genre in literature. Examples of some of his most critically praised works were “The Raven”, “The Haunted place”, “Annabel Lee”, and “The City in the Sea”.

Poe’s life was sometimes as chaotic and full of mystery as some of his darkest short stories. In spite of his numerous awards and praise, he spent virtually all his life facing financial difficulties and battling alcoholism. Edgar was also famed for his brutal criticism of his fellow writers’ works, thereby earning the nickname- “Tomhawk” (or the Tomhawk man).

On October 7, 1849, Edgar Allan Poe’s life was cut short under very mysterious circumstances. He died in a Baltimore hospital, four days after he was found in the streets. The cause of his death, to this day, remains unsolved. Below is a presentation of everything that you need to know about Edgar Allan Poe, including  some of his famous poems and short stories, and interesting facts:

Edgar Poe was born to parents David Poe Jr. and Elizabeth Hopkins Arnold Poe on January 19, 1809, in Boston, Massachusetts. It is believed that his parents were actors. Particularly, his mother, although briefly, achieved some level of fame in the acting business. Edgar had an elder brother called William Henry Loenard Poe. He also had a younger sister called Rosalie Poe.

The Poes were traumatized after David Poe Jr. abandoned his family in 1810. What this meant was that his family had to fend all by themselves.  Shortly after his father’s departure, Poe’s mother died in 1811. She suffered from pulmonary tuberculosis.

Edgar Poe and his siblings were taken to separate foster homes. Edgar was sent to Richmond, Virginia, to live with his foster parents- John Allan and Frances Allan. The Allans were a very wealthy business family whose line of business was in tobacco. He was given the name Allan. Therefore, his full name became Edgar Allan Poe.

Historians believe that Poe successfully honed his talents in writing. Right from the age of 13, Edgar Poe’s skills in poetry and writing became very much evident.

From 1816 to 1819, Edgar and his foster family lived in Britain. There, Edgar enrolled at an Irvine, Scotland grammar school. Shortly after that, he proceeded to a boarding school in Chelsea. This was followed by a brief period at Reverend John Bransby’s Manor House School located at Stoke Newington. All in all, the Allans spent about 3 years in Britain. In 1820, they returned to Richmond, Virginia.

At the age of 17, in 1826, Edgar Poe began his studies in Ancient and Modern Languages at the University of Virginia. He was a very hardworking and intelligent student. Unfortunately, the friction that he had with his foster father would again crop up. His foster father, perhaps still sour because of Poe’s career choice, decided not to provide any financial assistance to Poe’s education. To be fair to his foster father, the relationship was strained partly because of Poe’s excessive gambling and drinking. As a result, he ended up in debt. Eventually, he had no option than to call it quits on his education. That same year, Poe’s fiancée, Sarah Elmira Royster, dumped him and married someone else.

Depressed and feeling very low-spirited, Edgar Poe relocated to Boston and worked several jobs to make ends meet. He had a few spells working as a clerk and a writer for a local newspaper. While working in the newspaper, he opted to use the alias Henri Le Rennet so as to mask his identity and family roots.

In 1827, Poe joined the United States Army as a Private at Fort Independence, Boston Harbor. With a meager monthly pay of $5, Edgar Poe’s financial woes continued. In just under 2 years, he rose to the rank of Sergeant Major for Artillery. It was around this time that Edgar tried to patch things up with his foster father. However, the two men could not reconcile their differences. To make matters even worse, Edgar lost his dear foster mother in 1829. She suffered from tuberculosis.

Edgar’s commanding officer allowed him to leave the army prematurely in April 1829 provided he made an effort to patch things up with his foster father. The two briefly reconciled. Kind courtesy to his foster father’s help, he was able to secure admission into the United States Military Academy, West Point. After a series of poor conduct, Poe got dismissed from the academy. This infuriated his foster father, and their relationship went from bad to sour. Ultimately, his father disowned him and severed all assistance to him.

While in the academy, Edgar Allan Poe wrote down his first poem collection titled “Tamerlane and Other Poems”. The book sold only about 50 copies. Similarly his second book, “Al Aaraaf, Tamerlane, and Minor Poems” proved very unsuccessful.

In 1831, he moved to New York. By now, Edgar’s sole dream was to become a writer. With the help from some of his friends at the academy, Edgar was able to publish his third book, titled “Poems”. This book, just like his previous two, received very little acclaim.

On August 1, 1831, Edgar lost his elder brother. 3 years later, Poe’s foster father died. To the disappointment of Poe, his foster father left him nothing in his will.

For the next couple of years, Poe lived in several cities such as Philadelphia, Baltimore, and New York. While in Baltimore, Poe placed first in the Baltimore Saturday Visiter contest in 1831. The title of his winning story was “Ms. Found in a Bottle.”

Around the mid-1830s, Poe secured a the editor job at the Southern Literary Messenger, Richmond. Gradually, his reputation as a very critical reviewer was cemented. Due to his sharp, and sometimes brutal, criticism of his fellow writers, Poe was often called “Tomahawk Man”.

After just two years, Poe left Southern Literary Messenger. He left his post because of his excessive drinking behavior and unrelenting criticism of other people’s work. After brief spells with Burton’s Gentleman’s Magazine, Graham’s Magazine, and The Broadway Journal, Poe relocated to New York to work at the The New York Sun.

Poe’s reputation skyrocketed with the publication of his 1845 “The Raven”. The poem proved very beneficial to Poe’s writing career, even though it came with very little financial rewards. His financial troubles persisted alongside his excessive drinking. 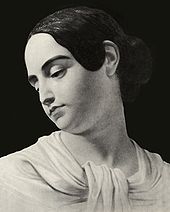 In 1831, Poe relocated to live with his aunt Maria Poe Clemm in Baltimore. From 1831 to 1835, Poe and Maria’s daughter, Virginia Clemm, developed an affinity towards each other. The two started dating and got married on May 16, 1836 in Richmond. Clemm was 13 years-old at the time, while Edgar Allan Poe was 27.

11 years later, at the age of 24, Virginia Clemm Poe died as a result of tuberculosis. Shortly after his wife’s death, Poe suffered from severe bouts of depression and alcoholism. His behavior became unbecoming, and his financial problems got even worse.

On October 3, 1849, Edgar Allan Poe cast a very forlorn and disturbed look on the streets of Baltimore. An eye-witness by the name of Joseph W. Walker stated that Edgar was “in great distress, and,…in need of immediate assistance.” Edgar was whisked to the Washington Medical College.

For reasons still unknown to this day, Edgar Allan Poe passed away 4 days later, on October 7, 1849. He was 40 years old at the time of his death. He body was laid to rest at the Westminster Burial Ground in Baltimore, Maryland.

In spite of the huge public interest in finding out what exactly caused his death, doctors at the hospital could not come out with an explicit cause of death. Strangely, there exist no medical records of his admission, neither was there a record of his death certificate.

The newspapers were quick to come out with several theories explaining his untimely death. Some people claimed that Edgar Allan Poe suffered from “congestion of the brain” or “cerebral inflammation”. The most likely cause of his death is theorized as prolonged effect of the excessive alcohol that he consumed throughout his life.

There have been counter claims such as rabies, epilepsy, delirium tremens, heart disease, syphilis, cholera, carbon monoxide poisoning, and even murder. One thing is clear; Edgar Allan Poe’s death was definitely as mysterious as any of his intriguing dark poems or short stories.

However, Poe’s works weren’t always dark and full of Gothic burial scenes. There was a humorous and funny side to Poe’s works in some cases. Most notable of such works were: A Predicament (1838), The Duc De L’Omelete (1832), Three Sundays in a Week, and The System of Doctor Tarr and Professor Fether (1845).

Generally, Poe is considered by many as the father of the modern detective genre. Poe’s C. Auguste Dupin character went on to influence other fictional characters such as Sherlock Holmes (created by Sir Authur Conan Doyle), Hercule Poirot (created by Agatha Christie), Misir Ali (created by Humayun Ahmed), Nancy Drew (created by Edward Stratemeyer), and few others.

As a matter of fact, C. Auguste is considered the world’s first fictional detective. The book that he made his first appearance, Poe’s “The Murders in the Rue Morgue” (1841), is regarded as the first detective fiction story. In 1842 and 1844, Poe published The Mystery of Marie Rogêt and The Purloined Letter respectively.

Prior to Poe starting the detective genre in literature, the word “detective” had not yet been coined. Poe dazzled the literary community with his expertly crafted character, Detective Auguste Dupin– the world’s first fictional detective. Furthermore, the terms- short story and Tintinnabulation were coined by Poe himself.

Edgar Allan Poe’s influence wasn’t confined to just poems and short stories. Poe’s i1848 Eureka: A Prose Poem is considered an amazing artistic depiction (although lacking proper scientific proofs) of how our cosmos works. Therefore, in the scientific world of cosmology and literature, Poe has received a lot of reverence for advancing the science fiction genre.

In the world of cryptography, Poe achieved significant following during his days of deciphering codes submitted by the readers of the Alexander’s Weekly Messenger.  He absolutely loved codes and ciphers, and demonstrated a working knowledge of it. His 1843 short story “The Gold Bug” had significant themes of cryptography. The famous US cryptographer William Friedman cited Edgar Poe as one of his greatest influence.

Poe is considered as one of the first few writers to play with the idea of time travel and apocalyptic scenarios that involved the dead rising. The latter was evident in his 1835 story titled “The Unparalleled Adventure of One Hans Pfaall”. The story talks about how a man journeys to the moon on a balloon. Similarly, in his short story, “The Facts in the Case of M. Valdemar” contains strong themes about hypnotism and death.

Today, the Baltimore house that he lived in from 1831 to 1835, along with his aunt/mother-in-law and first cousin (later wife), has been converted into a museum. The place attracts numerous visitors and avid Edgar Poe readers.