Anne Boleyn was the second wife of King Henry VIII – one of England’s most infamous monarchs. The marriage between the two was a complete fiasco. It all started when Henry VIII, a monarch hell-bent on having a male heir, decided to part ways with the Roman Catholic Church. He did so in order to marry Anne Boleyn.

After a number of miscarriages, Anne Boleyn failed to produce a male heir. She did, however, give birth to a daughter who would later become Queen Elizabeth I. Her inability to produce a male child resulted in her losing her life. On May 19, 1536, she was beheaded at the Tower of London on cooked-up charges of incest with her brother, adultery and treason.

Here is everything that you need to know about Anne Boleyn’s life and her tragic demise at the hands of her husband, Henry VIII.

Anne Boleyn was born at Bicking, England in 1501 to parents Sir Thomas Boleyn and Elizabeth Howard. Her father was the Earl of Wiltshire and Ormonde. She spent the majority of her formative years in France. Historians state that she also spent some number of years in the Netherlands studying.

After her studies, she returned to her home country in 1522. Back in England, young and ambitious, Anne Boleyn found herself frequenting the courts and residence of King Henry VIII. She was employed by Queen Catherine of Aragon to serve as her maid of honor.

Her Time in the English Courts

It was during her time in the monarch’s court that Anne Boleyn started receiving admiration from court officials and high-ranking members of the society. At one point in time, the 6th Earl of Northumberland, Henry Percy, took interest in the Anne Boleyn. But for Henry VIII’s opposition, Percy and Anne Boleyn would have tied the knot. It is believed that the king opposed their marriage because he too had taken an interest in Anne and desired to marry her.

By the early 1520s, Henry VIII was heavily corresponding with Anne Boleyn, his wife’s maid of honor. But the king’s advances were met with point-blank rejection because Anne Boleyn desired only to be married.

The rejection only added more fire to Henry’s desire to have Anne. He also reasoned that by marrying Anne he would be able to finally get the male heir that he so desperately wanted.

Besides, Henry’s wife, Queen Catherine, was bedeviled with miscarriages after miscarriages. In close to 26 years of marriage, the only child Catherine bore was a daughter – Princess Mary, born in 1516 (later Queen Mary I, “Bloody Mary”).

Henry set out to annul his marriage to Queen Catherine in order to proceed with his union with Anne Boleyn. In what would later be termed as the “the King’s Great Matter”, Henry VIII had to put up a good case before the Roman Catholic Church in a bid to have his marriage annulment request granted. Because quite simply, the Pope could not grant a divorce if it could not be proved that there was some amount of infidelity.

In defending his decision to annul his marriage to Queen Catherine, Henry is believed to have quoted a verse from Leviticus in the Bible (Leviticus 20:21). His argument was that Catherine was originally betrothed to Henry’s older brother, Prince Arthur (1486-1502).

After the death of Prince Arthur, Catherine ended up marrying Henry. As a result of this, Henry argued that because the Bible explicitly forbade marrying one’s brother’s wife, his marriage to Catherine violated the commandments of God.

The next six years saw Henry and his chief adviser, Thomas Cranmer,  try to persuade Pope Clement VII into granting them the annulment. In spite of all his arguments defending the need for an annulment, the Pope and the Catholic Church simply did not budge. The Pope remained resolute partly because he was swayed by Charles V, nephew of Catherine.

All that while, both Henry and Anne Boleyn were cohabiting, almost like married couples, in secret. 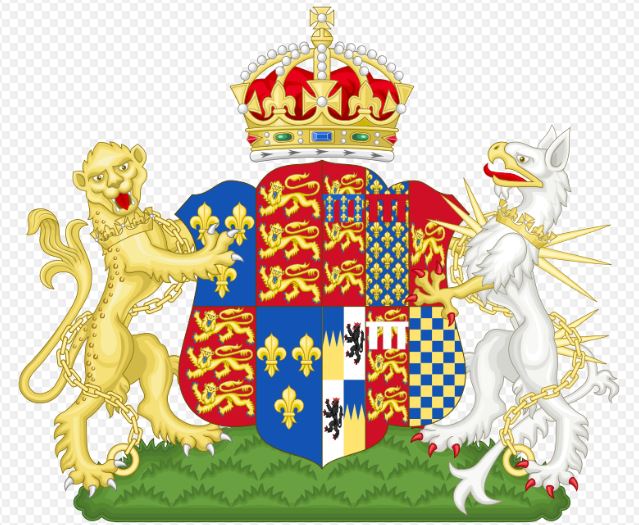 When news of Anne’s pregnancy broke out in 1533, Henry proceeded to marry her in secret.  The marriage, which went ahead without the blessing of the Catholic Church, received the thumbs up from the archbishop of Canterbury Thomas Cranmer. The secret event was held on January 25, 1533.

The following year, Anne and Henry officially had a proper and spectacular wedding ceremony. However, the joy of their marriage was short-lived. Largely to the disappointment of Henry, Anne gave birth to a daughter, Princess Elizabeth (future Queen Elizabeth I). This marked the beginning of Anne’s trouble.

Furthermore, unlike Catherine, Anne was not the kind of queen that allowed influential male courtiers to push her around. She could certainly hold her own in any form of situation. She was bold, intelligent, brave and witty. Those traits of hers somehow intimidated not just the King’s advisers, but the King himself.

Intelligent and cultured, she sought to position herself at the helm of the religious reforms that were going on in England. Often times, she and Thomas Cromwell would clash over differences in ideas. This fallout with Cromwell would prove to be her biggest downfall. Considering it was the 16th century, such attitudes exhibited by a woman would have been deeply frowned upon.

In addition to her not being afraid to speak her mind, Anne’s case was made even worse by the number of stillbirths (in 1534 and in 1536) that she had. With her chance of producing a male child fading by the day, Anne became enemy number one in the King’s court, especially in the eyes of Thomas Cromwell, the king’s foremost adviser.

Although many powerful men tried to suppress her, Anne refused backing down. She focused on playing a vital role in Henry’s court. Also, she was partly responsible for Henry’s decision to break away from the Roman Catholic Church. After getting excommunicated, Henry VIII went to make himself the head of the new church – the Church of England.

As queen, Anne Boleyn also helped channel some resources to bettering the lives of the poor. Anne Boleyn tried to make herself the center of attraction by wearing expensive clothes and introducing French fashion into England. Many of Henry’s courtiers and subjects grew fed up with her. Perhaps out of jealousy, some of those advisers wished for her downfall.

After the marriage, Anne went on to inherit the duties and privileges that come with being queen consort. Anne’s coronation ceremony as queen consort took place on June 1, 1533, at Westminster Abbey. Her predecessor, Catherine of Aragon, was cast aside to die in her house in the countryside (she died on May 23, 1533).

For a second time, Henry’s chance of having a male heir was not to be. Therefore, Henry was emboldened to have more extra-marital affairs in hopes of finding a legitimate male child. The king was rumored to have had affairs with two of Anne Boleyn’s maids – Madge Shelton and Jane Seymour.

Typical of Anne Boleyn, she decided not to look the other way. She openly expressed her disgust at the King’s activities. The more the King pursued a male heir, the more she got jealous. In the end, their marriage became toxic and headed towards the rocks.

Her arch-rival, Thomas Cromwell – the King’s chief adviser – looked to capitalize on this situation. Cromwell spread rumors of her having an affair with her own brother, George Boleyn. Soon, everyone in the court began taking the rumors seriously.

Henry VIII also accused Anne Boleyn of witchcraft. He claimed that Anne placed a strong spell on him, and this spell made him fall head over heels for her.

Anne’s prosecutors and accusers also linked her to Mark Smeaton, a Flemish musician. Smeaton was brought into custody and interrogated. After a series of denials, Smeaton eventually caved in and confessed to whatever charges were presented. And just as Smeaton confessed into having an affair with Anne Boleyn, Henry Norris, Sir Francis Weston and courtier Sir William Brereton mad similar confessions under extreme torture; although they would later recount their confessions.

All five convicted men were locked up for having an affair with Anne Boleyn. As for Anne Boleyn, her arrest and imprisonment at the Tower of London came on May 2, 1536. She was put before a jury of her peers and asked to defend herself on the charges of incest, adultery, and witchcraft. All messages sent to the Henry for a fair trial fell on deaf ears.

Anne’s trial took place on May 15, 1536. From behind the scenes, Thomas Cromwell made sure that the jurors pronounced a guilty verdict. In spite of the trial being a foregone conclusion, Anne stood her ground and refuted all the allegations set before her. She remained composed as the verdict was read out to her. She was found guilty and sentenced to death.

With Anne found guilty and effectively out of his way, Henry went ahead to marry Jane Seymour. His marriage to Anne Boleyn was annulled by Thomas Cromwell.

Anne’s alleged lovers and co-conspirators – Mark Smeaton, Sir William Brereton, George Boleyn, Henry Norris, and Francis Weston – were beheaded on May 17, 1536. Anne Boleyn’s execution date was set two days later, on May 19, 1536. She remained relatively composed as she had mass and took the Holy Sacraments, swearing that she was innocent of those charges.

Henry is believed to have taken pity on Anne and changed the manner in which she was to be killed. So instead of burning at the stake, Anne Boleyn was to be executed with a blade. The man chosen to be the executioner was a skilled swordsman from France.

Moments before her death, Anne Boleyn made a short speech on the scaffolds

When it was time to carry out the sentence, Anne was escorted to the scaffolds by two female wardens. She was in a red dress and had a piece of ermine. She appeared very relaxed, almost as if she wanted them to carry on with the sentence quickly.

In her last moments on the scaffolds, Anne uttered a speech to the onlookers. Her speech reflected how exhausted she was and almost wanted everything to come to an end. Not once did she chastise Henry. Instead, she asked for God’s continued blessing for the King. Anne did not also confess to the crimes that she was accused of.

After the short speech, she took off her ermine mantle; she removed her headdress, and then she knelt down blindfolded. The executioner needed one strike to sever the head from the body. She was buried in an unmarked grave at the Chapel of St Peter ad Vincula.

Anne Boleyn’s execution is definitely not what catapulted her into the famous sections of history. As a matter of fact, Henry VIII did execute his fifth – Catherine Howard. What really gets people talking about Anne Boleyn is the manner in which she was able to stand up to King Henry VIII and his chief adviser, Thomas Cromwell. She never flinched in spite of all the accusations.

Anne Boleyn also proved that she could hold her own. She was witty and most likely had very good contributions to make about the reformation policies back then. In the nutshell, she was not the typical queen consort of the time.

Owing to the drama that surrounded Anne Boleyn’s marriage to Henry VIII, the Church of England was born. Historians have stated that she was the voice in Henry VIII’s ear, encouraging him to sever ties with the Vatican.

At the end of the day, Anne Boleyn’s greatest legacy came long after she died. It came in her bloodline – her daughter Queen Elizabeth I. Back then, who would have ever thought that her daughter would become the greatest Tudor monarch in English history?

It is for the above reasons why Anne Boleyn is regarded as perhaps the greatest queen consort England has ever seen.