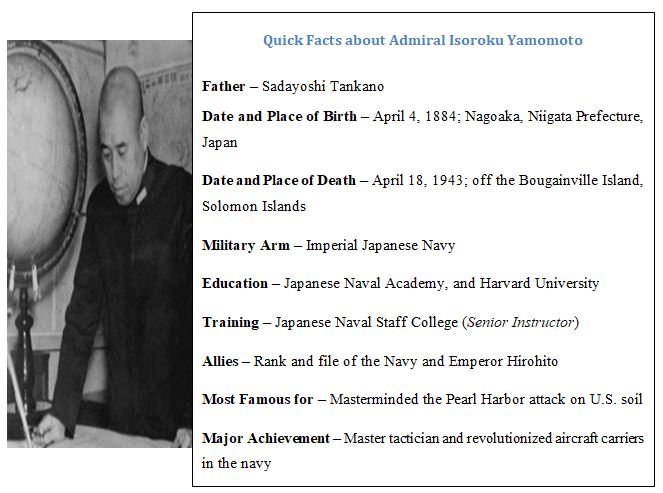 The Imperial Japanese Navy (IJN) Admiral, Isoroku Yamamoto, was the navy tactician who masterminded the Pearl Harbor attack on the U.S. on December 7, 1940. Historians and military experts reason that Isoroku Yamamoto’s daring and sneaky attack ended up damaging the fortunes of the Axis Powers – Germany, Italy and Japan –  in World War II. Due to his actions, the United States declared war on not just Japan but Japan’s allies as well – Adolf Hitler of Nazi Germany and Mussolini of Fascist Italy. Here are 22 very interesting facts about Isoroku Yamamoto’s life, the Pearl Harbor operation and planning:

For more details about what happened in the U.S. Congress on December 8, 1941, please read: Pearl Harbor: How and Why Japan Attacked the U.S.