Over the course of human history, empires such as the Byzantine Empire and the Roman Empire have been considered as some of the largest and longest running empires. However, in terms of age, those empires are relatively modern as compared to the ones that we are about to explore below. It is estimated that some of the empires below stretch as far as 4,000 years ago. And a lot of the arts and culture that we see today can be attributed to those ancient civilizations.

So, after spending a significant amount of time going through a wide array of historical records, let us discuss the 10 oldest known empires in history. 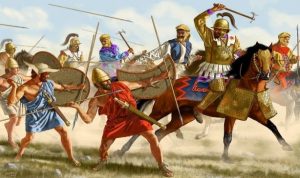 The administration of the empire was very centralized and full of bureaucrats. Emperor Cyrus constructed a number of interlinking roads across the vast empire. This helped to promote the postal system. The official language of the Achaemenid was Elamite. It also included traces of Akkadian and Old Persian.

The decline in this empire came as a result of a number of factors such as the unending bureaucratic procedures, high taxes, and very low national identity. Eventually, the Achaemenid’s undoing came at the hands of Alexander the Great of Macedon around 330 BCE. 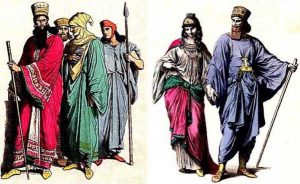 The Median Empire in most historical circles is known as Medes. The Medes were an ancient Iranian group of tribes that occupied Media: an area between Western and northern Iran. The most common language among Medes was the Median language. The empire was formed in the 7th century from the amalgamation of small tribes around the western and northern parts of Iran. The first of their kings was Deioces (also known as Kashtariti) who reigned from 728 to 675 BCE.

At its peak, the empire was approximately 1,100,000 square miles. It stretched all the way west into parts of Anatolia (present-day Turkey). The capital, Ecbatana, had a lot of devout followers of the Ancient Iranian religion of Mithraism and a bit of early Zoraoastrianism.

Deioces is believed to have ruled Median from c 678 BCE to c 665 BCE. After Deioces, came Phraortes (665-633 BC), Cyaxeres (625- 585 BC) and Astyages (589-549 BCE). Most of the expansion was under the reign of King Cyaxeres. Cyaxeres is credited as the one who expanded the empire into the eastern and central Anatolia regions. Sadly, Cyaxeres’ successors failed to continue expanding; hence, after about 76 years of existing, the Median Empire was replaced by the Achaemenid Empire. It was conquered by Cyrus the Great. 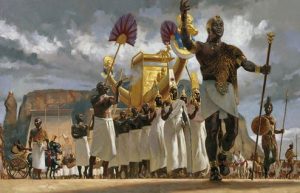 The Kushite Empire was ruled by the Nubians from around the 8th to 7th century BCE. It is also known as the Twenty-fifth Dynasty of Egypt because they represented the generation of Egyptian Pharaohs that were from Kush. The Kushite’s area covered the northern parts of present-day Sudan and Southern Egypt.  According to a number of historians, Napata was the capital of the Nubians because it was seen back then as the dwelling place of Nubian spirits. Led by Kashta, the Nubians came in as invaders. They first occupied Upper Egypt. After an intense struggle, they Nubian rulers successfully united Upper Egypt and Lower Egypt.  Shortly after that, the Kush area followed. Majority of the expansion was carried out by the first King, Piye. Over the 30 or so years under Piye’s rule (744 to 714 BCE), there were several construction and renovation of Egyptian pyramids. Furthermore, kind courtesy to Piye’s efforts, the Temple of Amun saw a lot of facelift and expansion

The Nubians appreciated and assimilated a lot of Egyptian culture and religion. They were fascinated by the various Egyptian artifacts and monuments. Rather than destroying them, the Nubians restored some old pyramids and monuments to their old glory.

The Kushite Empire on several occasions tried to wrestle the rest of Egypt from Assyrian control; however, most of their attempts proved futile. The last of these defeats came at the hands of Assyrian emperors such as Esarhaddon and Ashubanipal. Tantamani, son of King Shabaka, was the last Nubian ruler of the Kushite Empire. After the Nubians rulers left, the 26th Dynasty of Egypt took power with the help of the Assyrian Empire. 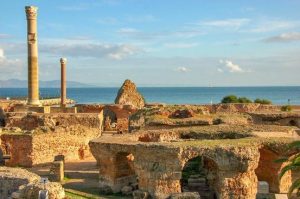 This empire stretched from the African Maghreb all the way to Iberia coasts. The Maghreb of Africa includes present-day northwest African countries such as Algeria, Libya, Morocco, Tunisia, and Western Sahara. Also under the control or indirect control of Carthage were the various archipelagos around the Mediterranean.

Carthage’s roots can be traced to the Phoenician state of Tyre. Around 650 BCE, the Carthaginians became independent and went on to have a flourishing trading hub filled with a vibrant Phoenician culture. Unfortunately for Carthage, it holds the unenviable honor of being one of the few empires in history that experienced wars and chaos right from its birth to its demise. The first of these wars was called the Sicilian Wars that occurred from 600 BCE to 265 BCE. Immediately after that, the Carthage Empire was at it again during the Punic Wars (264 BCE- 146 BCE). The third and final war that occurred in 146 BCE sealed their disastrous fate. After that war, the Carthaginian Empire capitulated to the Romans. 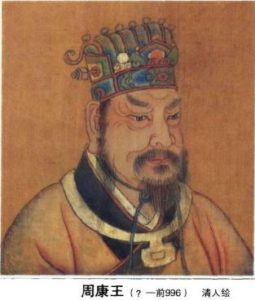 A king of the ancient Zhou Dynasty. Image Credit: ancient.eu

With a whopping 790 years, the Zhou Dynasty is the oldest dynasty in Chinese history. The Zhou Dynasty came into power after the Shang dynasty. The House of Ji housed the Zhou Dynasty from around 1046 to 771 BCE. This period is commonly referred to as the Western Zhou. It had Kings such as King Wu and King You.

After the Western Zhou, a different house from the Eastern part of the empire called the Eastern Zhou, took control for about five centuries. The main language during the Zhou Dynasty was Old Chinese.  As control moved from Western Zhou to Eastern Zhou, so did the capitals. Over its 790-year period of existence, the Zhou dynasty saw about three main capitals. They were Fenghao, Wangcheng, and Chengzhou. 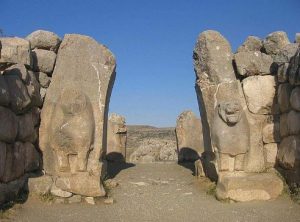 Stretching across Anatolia, the Hittites remained an empire for about four centuries. Their kingdom was known as the Kingdom of Hattusa. Hattusa was the seat of power and the commercial hub of the Hittites. The language most commonly spoken was Hittite. Other minor languages included Luwian and Akkadian. The Hittites often called their kings with the title: Labarna.

Around the mid-14th century, the Hittites were in areas such as the Levant and Upper Mesopotamia. This expansion was made possible by Suppiluliuma I. To the East of the empire, the Hittites clashed with the Egyptian Empire, the Middle Assyrian Empire and the Mitannis. The Hittites had difficulties keeping the Assyrians and Phrygian out of their empire. By 1180 BCE, the Hittites disintegrated and crumbled. 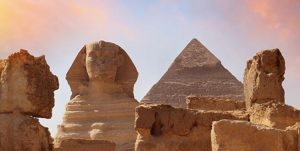 The Egyptian Empire, also known as the New Kingdom, inherited close to 1000-year worth of culture and artifacts from the ancient Egyptians whose era began around 2686 BCE. The empire’s 473-year lifespan witnessed tremendous achievements politically, socially and economically. A total of three very powerful dynasties (18th, 19th, and 20th) made Egypt one of the greatest and most glorious empires in all of history.

The Egyptian Empire can boast of great Pharaohs such as Ahmose I, Tutankhamun, Hatshepsut, Thutmose III, Amenhotep III, and Ramesses II (Ramesses the Great). Wondrous arts and architecture sprung up virtually across the empire. Most notable of them all was the manner in which the laid to rest their kings and nobles in the Valley of Kings.

The Egyptians’ gravest worry came from the Kingdom of Kush. On numerous occasions, particularly in the 17th century BCE, the Egyptians had confrontations with Nubians. In the north, the Egyptian Empire found themselves clashing with the Hittites between the 15th and 13th centuries BCE. 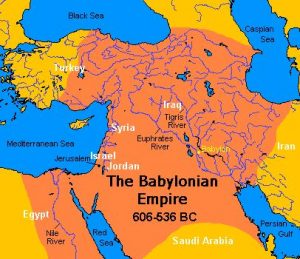 The demise of the 3rd dynasty of Ur gave birth to the First Babylonian Empire. This took place around 1830 BC. The dynasty ruled for about 300 years and covered areas around central to southern Mesopotamia. There is not much historical and archaeological data on the First Babylonian Empire. Historians believe that the high water content in the lands in and around the Empire made it difficult for any artifact or material to remain preserved. Most of what we know about this empire comes from written scrolls and text.

During the reign of Hammurabi, from c. 1792 to c. 1750 BCE, the Babylonians enjoyed a prosperous and relatively peaceful environment. Unfortunately, Hammurabi’s death led to the fragmentation of the empire. 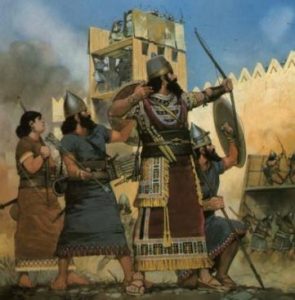 This empire was a very vast Mesopotamian kingdom that included parts of the ancient Near East and as well as part of the Levant. The Assyrians started as a city-state, called Assur, and went on to dominate the aforementioned areas for about 1500 years. Thus, archaeological findings reveal that the Assyrian state started around the 25th century BC. Some few centuries prior to its inception, the Assyrians were ruled by the Akkadian king, Sargon of Akkad around the early 24th century BC.  After the collapse of the Akkadian Empire, the Assyrian Empire made a big come back. It was more organized and had all the characteristics of a functioning ancient empire. Due to its Akkadian roots, the official language of the Assyrians was mainly Akkadian. Other minor languages were Sumerian and Aramaic. The Assyrians were mainly followers of the ancient Mesopotamian religion.

The period between 911 and 609 BCE marked the best times of the Assyrian people. They achieved many great things, culturally and scientifically. That period is commonly referred to as the Neo-Assyrian Era. The Mesopotamians famously regarded the Assyrian Empire as encompassing places that stretched to the “four Corners of the World”. The Empire had its tentacles as far as the North of the Caucasus, East of Zargos Mountains, West of Cyprus, and down south to the Arabian Desert (present-day Eastern Libya and parts of Egypt). 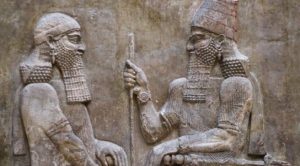 Long before the Caesars of Rome, and before Alexander the Great, and Ramesses I of Egypt, there was the Akkadian Empire. The Akkadians were the first organized empire in ancient Mesopotamia. What we call Iraq today was the place that hosted the Akkadian Empire. The empire also made inroads and several expeditions into areas such as Anatolia (present-day Turkey), the Arabian Peninsula, and Dilmun (Bahrain) and Magan (Oman).

Expert historians and archaeologists date the beginning of this empire to around the 24th century BCE. This staggering date makes the Akkadian Empire the oldest that we know of in human history. The empire grew tremendously between the 24th and 22nd century BCE. It mainly composed of Akkadian and Sumerians living side by side under the rule of famous Akkadian kings such as Saron, Manishtushu, Naram-Sin, Shar-Kli-Sharri, Interregunum, Rimush, Shu-turul, and Dudu. It is believed that these kings and other noblemen steered the affairs of the empire from Akkad, the capital of the Akkadian Empire. However, there exist little or no archeological records and evidence that allows historians to pinpoint the exact location of Akkad.

After a few centuries of controlling the affairs of the Assyrians, the Akkadian Empire got weakened by the Gutians.  The empire made way for the Assyrian Empire around the 21st century BCE.