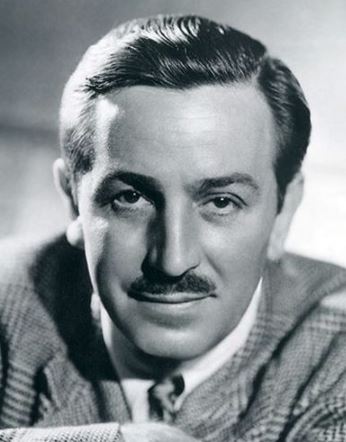 Born Walter Elias Disney, Walt Disney was a very successful American entrepreneur and animator who famously inspired the “Disney Renaissance” – an era of rapid innovation in the animation industry. Disney holds a legendary status in America’s national culture because the animation studio – The Walt Disney Company – he co-founded went on to become a multinational giant in the industry. He also created numerous beloved cartoon characters such as Goofy and Mickey Mouse. Classics like Snow White and the Seven Dwarfs (1937) and Winnie the Pooh and the Blustery Day (1968) fetched him numerous Academy Awards and honors across the globe.

Disney is credited with popularizing the Cel animation technique

After getting laid off by Pesmen-Rubin Commercial Art Studio, Disney and his friend artist Fred Harman started their own animation business. They duo sold their short cartoons, titled “Newman’s Laugh-O-Grams”, to the Newman Theater. The technique they used in creating the cartoons was different from the typical cutout animation technique. The animation technique was the cel animation, which gave better results than the cutout method.

Buoyed on by the business success, the Laugh-O-Gram Studio was established. Disney and his animation team even branched into other productions, producing the likes of Alice’s Wonderland, which saw them cast Virginia Davis.

In a bid to develop Alice’s Wonderland even further, Disney and his brother Roy foundered the Disney Brothers Studio in 1923. Established in Los Angeles, the studio brought in very good animators, ink artists, and story tellers, including Ub Iwerks, Disney’s friend from his previously defunct company, Iwekrs-Disney Commercial Artists. The Alice series went on to be a big hit, staying until 1927, when they started developing Oswald the Lucky Rabbit.

Co-developed the character Mickey Mouse in 1928

After a few disagreements with the distributor of Oswald the Lucky Rabbit, Disney and Iwerks moved on to another project. The duo started working on a cartoon character that revolutionized the animation industry. The character was none other than Mickey Mouse. Although Mickey Mouse’s origin story remains a bit murky; however, what is known is that – the inspiration to build the character came from the pet mouse Disney had during his spell at Laugh-O-Gram studio.

The name “Mickey Mouse” was chosen by Disney’s wife, Lillian. Disney had earlier wanted to name the character “Mortimer Mouse”; however, Lillian felt that name was a bit ostentatious. And the rest they say is history.

Disney and Iwerks laid the foundation that would later make Mickey Mouse a household name across the globe. At the initial stages, Disney himself lent his voice to the character while Iwerks modified the character’s appearance to make it more easier to produce.

Did you know: Disney’s cartoon character Mickey Mouse was given a star in 1978 to honor his enormous contributions to motion pictures?

Brought in a number of innovative techniques in the animation industry

In production of cartoons, Disney was always on the lookout for new and improved ways, be it from voicing, sketching, to sound. He incorporated synchronized sounds into his Mickey Mouse cartoon, becoming the first animator to make a post-produced sound cartoon. He also relied heavily on film executive Pat Powers’ recording studio (i.e. the “Powers Cinephone”).

A number of professional composers were brought on board in order to get better music quality for the cartoons; this included composer Carl Stalling. The burgeoning production team of composers and artists would later come to be known as the Nine Old Men.

In producing the film Flowers and Trees (1932), Disney used a technique known as full-color three-strip. And from the mid-1930s, his Silly Symphony cartoons appeared in color.

He used his expertise in film making to aid the U.S. during WWII. For example, the Walt Disney Training Films Unit helped the U.S. Army in producing instruction films for the troops, such as Four Methods of Flush Riveting and Aircraft Production Methods.

Disney also used Donald Duck cartoons to boost sales of war bonds. And in some cases, he was involved in the producing propaganda animations (Der Fuehrer’s Face) to prop up support for the U.S. participation in WWII.

Made a total of 81 feature films 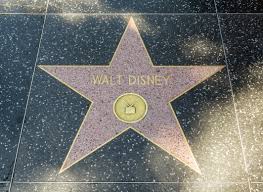 Walt Disney is credited with being involved in over 80 films. Many of those films turned out to be extremely successful, fetching him numerous accolades and honors.

For his 1932 cartoon titled Flowers and Trees, Disney won the Academy Award for best Short Subject (Cartoon) in 1932. The following year, he again picked up the award for his animation The Three Little Pigs (1933).

Around the mid-1930s, he came to the conclusion that emotionally charged stories were what the public desired. He proceeded to bolster the story department by separating it from the animation department. He brought on board several storyboard artists to come up with very impactful stories.

It was also around this time that he ventured into feature-length cartoons. In December 1937, Disney’s film Snow White and the Seven Dwarfs premiered and went on to receive glorious approvals from critics and the public. The film was the most successful motion picture of 1938, grossing about $6.5 million. Up to that time, no other film had grossed up to that amount. Snow White and the Seven Dwarfs is also credited with bringing in the “Golden Age of Animation”, according to the Walt Disney Family Museum.

Prior to its production, Walt Disney sent his animators to Chouinard Art Institute to prep up. The animators were exposed to animals in the class in order to incorporate more realistic movements into their production. The team also used innovative production techniques such as the “multiplane camera”, which allowed them to move through perspectives while shooting.

Many critics expected Snow White and the Seven Dwarfs to bankrupt Disney as the production ate more than three times the budget.

He won a ton load of awards and honors

With all those hit animations and films he produced, it was only natural that he would receive a ton of awards and honors. Walt Disney status as an important figure in the history of animation in America is cemented by the fact that he earned 26 Academy Awards, including 4 honorary awards.

His Golden Globe Awards stand at two – for his films for Bambi (1942) and The Living Desert (1953). In terms of Emmy Awards, he chalked four nominations, wining the Best Producer for the Disneyland television series.

For his role in marketing American traditional values of individualism, respect and tolerance, and fair play across the globe, he was awarded our nation’s highest civilian honor, the Presidential Medal of Freedom, on September 14, 1964.

The National Film Registry, which is run by the Library of Congress, has a number of his films stored in its registry for them being “Culturally, historically, or aesthetically significant”. Those films are – The Three Little Pigs (1933), Bambi (1942), Snow White and the Seven Dwarfs (1937), Fantasia (1940), Pinocchio (1940), Dumbo and Mary Poppins (1964).

Did you know: Walt Disney has two Hollywood Walk of Fame stars – one for his contribution to motion pictures, and the other for his television work? 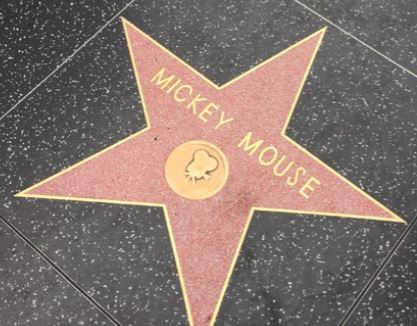 Prior to building his famous Disney theme park, Walt Disney took a trip to Tivoli Gardens in Denmark. He was very much impressed by what the Danes were doing in terms of layout and park ambiance.

Disney’s long-held ambition of building a theme park materialized when he obtained funding from a number of corporations. He acquired a land in Anaheim, California and tasked his engineers to begin designing the park. Before construction started in 1954, Walt Disney asked the engineers to visit as many theme parks in the United States in order to pick the positives from those facilities.

After its completion, the park received stellar reviews, attracting more than 20,000 daily visitors. By the close of that 1955, it had successfully drawn in close to 4 million visitors.

With very good partnership with American Broadcasting Company (ABC), Disneyland received the coverage it rightly deserved. For example, the opening ceremony of Disneyland, which was broadcast on ABC, was watched by tens of millions of people across the country. It’s themed areas such as Adventureland, Tomorrowland, and Fantasyland quickly became fan favorites.

Other accomplishments of Walt Disney 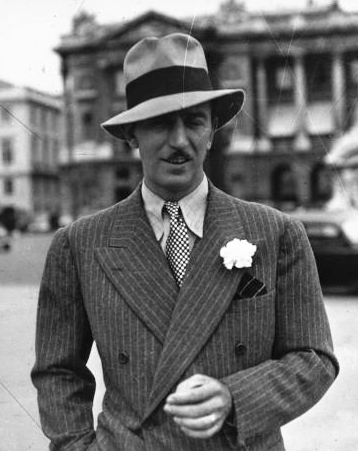 Here are some more remarkable feats chalked by Walt Disney, one of America’s greatest national and cultural icons: