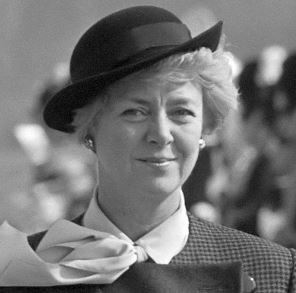 As the fourth president of Iceland, Vigdís Finnbogadóttir’s paid enormous attention to preserving her nation’s identity and marketing this unique identity to the outside world. She helped change the stereotypes people had about Iceland being a very cold and boring place. For her efforts she was appointed the head of many cultural and language  organizations, including one from UNESCO.

President Vigdís Finnbogadóttir’s legacy lies in the female-friendly and family-oriented policies she adopted, which in turn empowered many Icelandic women, encouraging them to aspire for leadership positions in politics and industry.

The article below takes a chronological look at the life of Vigdís Finnbogadóttir, the world’s first democratically-elected female head of state:

1930: Born in Reykjavik on April 15, 1930 to parents – Finnbogi Rútur Þorvaldsson and Sigríður Eiríksdóttir. Her father was a civil engineer while her mother was a nurse.

1963: Marriage hits the rock and she divorces her husband.

1972 – 1980: Secures a position as the artistic director of Reykjavík Theatre Company.

1976 – 1980: Serves on the Advisory Committee on Cultural Affairs in the Nordic countries.

1980: The women’s movement in Iceland successfully persuades Vigdís Finnbogadóttir to run in Iceland’s presidential election. Vigdís secures 33.6% of the vote.

1980: On August 1, Vigdís Finnbogadóttir is sworn in as the 4th President of Iceland, becoming the first female president (democratically elected) in not just Iceland but the world.

Icelanders vote and keep fate in Vigdís from 1980 to 1996, when she opted not to run again. She was succeeded by Ólafur Ragnar Grímsson.

1996: Plays a crucial role in the establishment of the Council of Women World Leaders at the John F. Kennedy School of Government at Harvard University.

1997 – 2001: President of the UNESCO (United Nations Educational, Scientific and Cultural Organization) World Commission on the Ethics of Scientific Knowledge and Technology.

Other Interesting Facts about Vigdís Finnbogadóttir