5 Things You Probably Did Not Know About The CIA 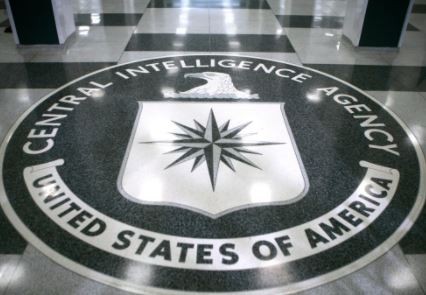 Ever since its inception (on September 18, 1947) the Central Intelligence Agency, commonly called the CIA, has had its fair share of scandals, cover ups, human rights abuses, drug and arms trafficking, and top secret missions aimed at overthrowing governments in other parts of the world.

A plethora of conspiracies exist about some of the clandestine activities of the CIA, ranging from covering up extra-terrestrial activities here on earth to the murder of U.S. President John F. Kennedy. Therefore it is not uncommon for people to get lost in separating facts from blatant conspiracy hoax about America’s leading espionage agency.

Below we take a quick look at the 5 things you probably did not know about the CIA:

Had it not been for George Blake, a British mole, the CIA would have successfully pulled off their daring attempt at listening to Soviets’ communication in East Germany. The CIA spent an awful lot of resources covertly digging an extremely long tunnel from West Berlin to the heart of East Berlin. This obviously happened during the Cold War, a time when both the United States, along with its Western allies, and the Soviet Union were at each other’s throat fighting for world dominance – capitalism versus communism.

The top Soviet spy agency, the KGB, received intelligence about the tunnel kind courtesy of a mole in the British intelligence service. Instead of taking counter measures, the Soviets just allowed the CIA to carry on the operation without any interruption. The KGB went about their duties in manner that showed that they were not aware of the tunnel so as to not blow their mole’s cover. The Soviets then pretended to have discovered it by chance and later tagged the West as an incorrigible bully.

To this day, it is hard to believe that George Blake was able to wiggle his way out of a huge prison sentence only to end up in Russia, where he spent the rest of his life.

The CIA are widely rumored for conducting numerous psychological operations and experiments, but the use of LSDs in its clandestine mind control experiments in the 1950s certainly takes the cake. It is unclear what the motives of those experiments, codenamed MKUltra, were for. What is clear, however, is that CIA operatives secretly gave out doses of LSD to unknowing victims in order to measure their reaction to those substances.

The Central Intelligence Agency even set up and operated a number of brothels, where unsuspecting patrons were handed those psychedelic drugs by paid sex workers. And here is where things even got more berserk; the CIA agents would then observe the entire proceeding, measuring how those drugs influenced their subjects. Such was the pervasion of those MKUltra experiments by the CIA that psychiatric patients went left out, so to speak. There was quite an uproar from Capitol Hill when some U.S. Congressmen got wind of those unethical experiments by the CIA.

Promoted artworks to spread the message of capitalism and free market

When the Cold War broke out between U.S. and the Soviets, both countries tried all sorts of things to gain an upper hand over the other. Quite frankly, it was not uncommon for security and intelligence agencies in both countries to fund ludicrous projects that gave them an edge. In all sense and purpose, the Cold War was a brutal conflict of ideas – capitalism versus socialism; democracy versus authoritarianism; and then there was abstractism versus Realism.

The U.S. favored abstract painters whose paintings reinforced the ideologies of free market society. The CIA spent quite a lot of resources promoting the works of those abstract painters and artists. As a result, it shored up support to artists such as Mark Rothko and Jackson Pollock. The irony is that Pollock, who had anything but a rebellious and volatile character, did not even know that his paintings and exhibitions were tools used by U.S. government to attack Soviet’s cultural and artistic styles.

It is not uncommon for the CIA to go to great lengths to drag the name of a world leader that they find a nuisance through the mud. The smear campaign that was aimed at President Sukarno of Indonesia ranks up there as one of the most unscrupulous operations ever carried out by the CIA.

It was the early 1960s, and Indonesia’s long-time leader and former independence fighter Kusno Sosrodihardjo, commonly known as Sukarno, was then president of the Asian nation. In addition to his somewhat autocratic rule, Sukarno was increasingly moving into the arms of the Soviets and the People’s Republic of China.

Director Walter Bedell Smith is credited with transforming the agency

Prior to Director Smith’s appointment in October 1950, the CIA was perceived by many federal institutions and law agencies as a complete waste of tax payers’ money. Appointed by President by President Dwight D. Eisenhower, Director Smith came into the Central Intelligence Agency with a wealth of experience – first serving as General Eisenhower’s chief of staff during World War II and then later the U.S. Ambassador to Moscow from 1946 to 1948. During the tenures of Smith’s predecessors, the CIA seemed to lack a sense of purpose; its structure was nothing to write home about.

Walter Bedell Smith, a no-nonsense and quite frankly always angry military man, entered the CIA and set about reorganizing the entire structure of the CIA. Smith is also credited with redefining the agency’s mission, giving it a more pronounced sense of purpose. He positioned the agency in strong state, mentally and structurally, to handle the Cold War that was on the horizon. And as the saying goes, the rest is history; the CIA went on to be a vital tool for the U.S. government in thwarting the spread of communism across the globe.

At the height of the Cold War, the Soviet Union intelligence agency, the KGB, matched the CIA boot for boot in terms of espionage and counter intelligence. However, the CIA always found innovative ways of countering the KGB’s tactics.

From using CIA officers’ wives as spies to approving cyanide capsules, the CIA worked very hard to remain one step ahead of its Soviet counterparts. As it has been stated in David E. Hoffman’s The Billion Dollar Spy, the wives of CIA spies in Moscow often facilitated the espionage works of their husbands. Those women proved very useful in covering the tracks of their husbands.

Thinking cyanide pill was a thing only in Hollywood movies? Well, think again. The Soviet moles that the CIA planted in the KGB often requested that they be given cyanide pills. Those agents feared that their cover would be blown and then they would be subjected to months of torture before execution. Hence some of those agents preferred the suicide pill to the ordeal that awaited them were they to be made out.