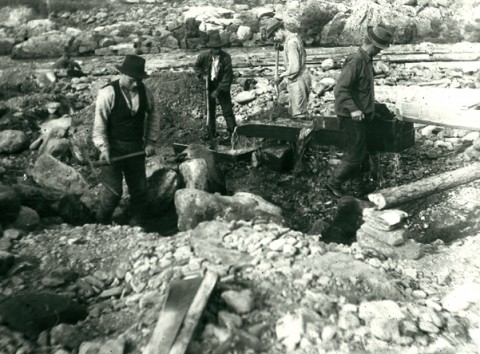 First of all, it piqued the interest of the authorities, including then Russian Tsar Alexander II who hoped to use the resources to turn the tiny Scandinavian country of Finland into a thriving part of the Russian Empire. Another important point worth mentioning is that the Lapland gold rush came in two waves, with the first wave spanning for only a few years.

Due to the fact that the epicenter of the rush was in the proximity of the Ivalo River, the Lapland Gold Rush is also known as the Ivalo gold rush. Ivalo is small village found in the Finnish municipality of Inari in Lapland.  Ivalo derives its name from the Ivalo River, which is about 180 kilometers long (110 nukes) and flows into Lake Inari.

The Lapland gold rush began in Lapland, northern Finland. As at the time of the gold rush, Lapland was part of the Russian Empire.

Today, the Lapland region can boast of having 21 municipalities. The capital of Lapland is Roveniemi. With a population of close to 70,000 people, Roveniemi ranks as the most populous municipality in Lapland.

The Lapland region is commonly associated with Saint Nicholas and Santa Claus. This is primarily due to its extreme cold and wintry conditions, as well as its plentiful pines and spruces.

Due to the Lapland Gold Rush, the Ivalo River has sometimes been called the “river of gold”.

When did it begin? 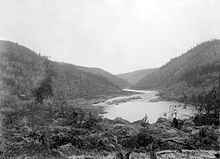 Historians reason that the gold rush in Finland started around the late 1860s. It was actually triggered by an exhibition that was financed by the Finnish Mining Board in 1868. The exhibition’s goal was to verify the findings of a Norwegian geologist called Tellef Dahll who stated that the region of Lapland had gold buried beneath its surface.

Around that same period, Johan Conrad, a man who would later serve as the chief of the Mint of Finland, was rumored to have found gold in the Ivalojoki River (the Ivalo River in Inari).

In less than a year, the area was swarmed by gold miners from all over Finland, as they hoped to enrich themselves with Lapland gold.

At its peak, the Lapland gold rush brought close to 1000 miners to the region. Less than a year into the first wave, government offices (known as “Kultala Crown Station”) were set up in the region to bring some level of order. Licenses were also issued by officers stationed in those offices.

As Finland was under the Tsar of Russia’s control, Tsar Alexander II hoped to use the region’s newfound wealth to lift the entire of famine-struck Finland out of poverty. Alexander passed a gold prospecting statute in 1870 to support that goal of his.

The statute meant that any citizen the Grand Duchy of Finland and the Russian Empire could mine in Lapland for gold. Thousands of people from all over Russia flocked to Northern Finland, many of them willing to do back breaking tasks while holding on to hopes of one day finding a large gold nugget that they could safely retire on.

Accessing the area back then was by foot, ski, or boat. Some prospectors often had to travel several kilometers to reach the gold area. 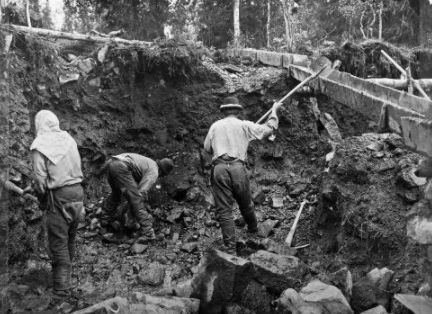 Beginning around the 1880s, prospectors started to move away from the Ivalo River into areas such as Sotajoki and Laanila. And so, those government buildings were turned into science stations used in the study of the Aurora Borealis (Finland’s spectacular Northern Lights).

By the 1920s, the enthusiasm among gold prospectors in the region had died down, as two major mining companies in the area went bust. In spite of that prospecting continued unabated, although not as large as during the peak of the first wave.

The largest gold nugget discovered in Finnish Lapland was around the Lutto River in 1935. Weighing at 392.9 grams (13.9 ounces), the nugget was found by a prospector called Eevert Kiviniemi.

In the decades that followed, prospecting continued to decrease until the second wave of the gold rush erupted around the Lemmenjoki River in the 1940s and 1950s. New opportunities and areas were explored on such a scale of that airfields were constructed to allow for the gold to be transported from the area.

When did it end?

A few prospectors still remain in the area; however, the Finnish government has put in place strict controls on gold mining in order to ensure that sustainable gold mining practices are obeyed. Manual gold panning remains legal, attracting a reasonable number of tourists and prospectors to the area in the summer. Most of them do it mostly for the fun. This explains why many former gold mines have been converted into tourist attractions; by so doing the history of Lapland gold rush gets passed on to the new generation.

The former government buildings (“Kultala” or ‘Golden Crown’) have also been converted into tourist spots. And there exists a gold museum in the area where tourists are permitted to pan for gold and other minerals and keep whatever they discover. 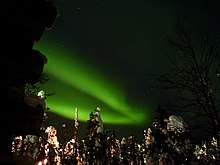