History of Halloween – Meaning and Origination 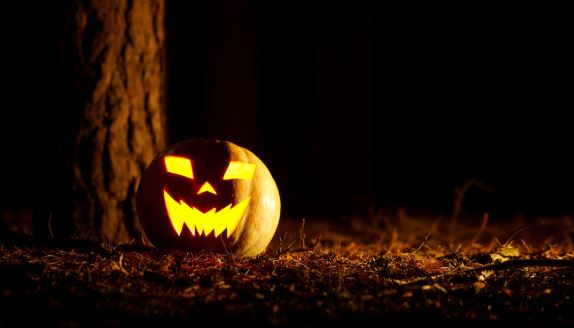 Origination and meaning of Halloween

Halloween is a popular celebration that occurs on 31st October of every year. Falling before the Christian feast of All Saints’ Day, Halloween is characterized by weirdly dressed celebrants (mostly children in costumes who go round to demand candies (sweets) in the most horrifying ways. The celebration takes place in many parts of the globe such as America, Canada, the UK, and Ireland.

As popular as it is, Halloween’s meaning has been beautifully woven around the chronicles of Christianity and paganism. This relationship dates back to thousands of years ago, and not just recent times. Halloween is celebrated to mark the onset of the Allhallowtide (Hallowtide) – a short season lasting for only 3 days (31st October – 2nd November).

The Hallowtide ends on All Souls Days. In major parts of European and North American regions, celebrants of Halloween hold nonreligious views about the observance of the day. Halloween is actually a compound word which was formed from “Hallo” and “Een”. Now, “Hallo” is an obsolete (old-fashioned) word which means a “holy person” or simply put, “a saint or apostle”. On the other hand, “Een” is just the contracted form of the word “Eve” (that is, the evening before).

By putting the two pieces of the puzzle together, Halloween’s meaning can be established as the “evening before All Saints’ Day”. In other parlance, the celebration is dubbed Hallowmas. This accrues from the truth that some Christians celebrate All Saints’ Day on 1st November. The essence of this feast day is to honor the good lives of the saints (holy people) who have passed onto the spiritual world (heaven).

It is a common practice for Christians to start their feast celebrations in the evening (night) before the actual date. That is why Christians start their Xmas merrymaking on Christmas Eve (before 25th December).

Most historians have pointed out that Halloween origination can be fetched back from several centuries ago (about 2000 years) into days of the Celtic people of Europe. The Celts would go on to inhabit some regions in the UK, France, and Ireland. These ancient traditional people celebrated a pagan festive holiday known as Samhain. It’s strongly believed that Halloween took its roots from the celebration of Samhain.

The Samhain occasion came around wintertime; it fell on the night of 31st October and would last till 1st November. This pagan celebration was all about honoring the dead; the Celts believed that the ghosts (spirits) of their departed brethren returned to the physical world around that time. They marked this day by offering massive sacrifices of different kinds (e.g. animals & food products).

Earlier written references about this ancient festival were found in Roman historical records. In AD 43, the Romans conquered the Celts and took charge of their lands. After conquering the Celts, the Roman festivals of “Feralia” and “Pomona” went on to greatly influence the celebration day of Samhain. The interesting correlation here is that “Feralia” & “Samhain” both have the element of celebrating the dead – as if that relationship isn’t enough, the two different cultural festivals happened to share their celebration times of late October.

Now, here is the funny part. The pronunciation of “Samhain” is a bit tricky. Samhain pronunciation is transcribed by dictionaries as saʊ.wɛn/ or  /ˈsaʊ.wɪn/.

Back in 600 AD, All Souls Day came into being under the papacy of Pope Boniface IV. The setting of November 1 as the feast day was done by Pope Gregory III. The papacy did this in order to distance the Christian feast from 31st October. This allowed Christians ample opportunity to forgo the pagan celebrations.

Instead of being caught in the middle of pagan festivities, some Christians would rather use that day to honor their spiritual heroes. Years later, it wasn’t surprising at all when Roman Catholic Christian leaders again pushed All Souls Day to the 2nd of November.

This decision was probably influenced by pagan celebrations of the dead. Some Protestant churches stood against this move by declaring 31st October to be observed as Reformation Day. With this, Protestants took to honoring Reformation heroes of the 1500s, most famous of these heroes being Martin Luther.

Halloween has gone through several changes until the present-day. What the Celts did on Samhain days was that they would light bonfires and put on scary costumes to frighten ghosts from laying their dead hands on the living. Even though they took delight in celebrating the dead, they didn’t want to be haunted by ghosts.

Halloween kept evolving as it gained popularity in global scales. In today’s society, Halloween is symbolized by myriads of crazy activities such as pranks, Jack-o’-lantern, trick-or-treat, horror movie shows, and long parades.  As centuries turned in, Halloween parties came into the equation and intertwined itself with the celebrations. The parties centered on children and adult games, and entertainment programs. Most Halloween movies that hit the screens of viewers were horror in nature, but they were commercially successful. Examples include movies like “Scream”, and “Friday the 13”.

As the parties and jubilation get bigger and bigger, it is typical for acts of vandalism to eat into the core of the good cultural elements of Halloween. Consequently, law enforcement officers such as the police have often faced the painful tasks of controlling unruly crowds in schools and communities. Bad nuts in the society often misuse Halloween festivities to cause mayhem when presented with the least opportunity.

Around the 19th century, Halloween festivities were brought into American culture by immigrants from Irish origins. In the U.S., Halloween activities took off faster than a rocket takes off to the skies. Americans infused more traditions into the day. Examples include pumpkin carving, TV shows (scary ones for that matter) and other forms of literature such as books.

On Halloween days, Americans dress up and go round people’s houses to ask for food items, particularly candy. This popular tradition became known as treat-or-trick. It has been estimated that, in each year, Americans spend not less than $ 6 on Halloween celebrations. By this, Halloween is the second biggest holiday celebration in America while Christmas takes the first spot.