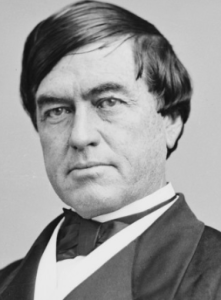 Despite being born into a wealthy family of enslavers in the southern United States, Cassius Marcellus Clay rose to become one of the country’s leading slavery abolitionists. Popularly known as the “Lion of White Hall”, the Kentucky-born emancipationist and politician also served as the U.S. top diplomat to Russia from 1863 to 1869, serving under three United States presidents, including Abraham Lincoln.

What else was this American anti-slavery advocate most known for? And what are some of the major feats he chalked up?

Below, we take a comprehensive look into the life and achievements of Cassius Marcellus Clay.

Clay was one of the six out of seven children born to Sally Lewis and Green Clay that lived to adulthood. He grew up in a wealthy and a slave-holding plantation home in Kentucky. Clay attended Transylvania University in Lexington before proceeding to Yale College, where he graduated in 1832.

It was during his time at Yale that he heard a speech by a popular abolitionist named William Lloyd Garrison. Inspired by Garrison’s speech, the young Clay signed on to the anti-slavery campaign. However, unlike Garrison, Clay believed that the complete abolishment of slavery could only be achieved by gradual legal changes.

One year after graduating from Yale, Clay married Mary Jane Warfield. The couple had 10 children, but only six of them lived into adulthood. He also adopted another son named Henry Launey Clay, although it was believed that Henry might have been his son from an extra-marital relationship during his time in Russia.

Clay and Warfield’s marriage hit the rocks and the couple got divorced in 1878. He late married Dora Richardson, a union that many people chose to not support. According to various sources and accounts, Richardson was still a teenager at the time of her marriage to Clay. Because of his naysayers, Clay allegedly placed a cannon in front of his home to stop people from blocking his wedding.

Cassius Marcellus Clay was one of the leading figures of the Republican Party in Kentucky. He was elected to serve in the Kentucky House of Representatives for three terms, from 1835 to 1841. However, due to his strong advocacy of emancipation, he lost a lot of favor among Kentucky natives, as the South still supported slavery. In 1843, he even survived an assassination attempt as he was able to defend himself against his attacker.

Around the mid 1840s, Clay took the decision to start an anti-slavery newspaper that he called the “True American”, but just after a few weeks of starting this venture, he received numerous death threats and had to secure his office. But that didn’t deter his opponents, forcing Clay to move his office to Cincinnati, Ohio after his office was broken into.

Between 1846-1847, Clay enlisted in the US Army to fight in the Mexican-American War. While he did not support the expansion of slavery into the southwest, as well as the annexation of Texas, he decided to fight against Mexico’s claim to Texas.

After the war, Clay was attacked by six brothers while campaigning for the anti-slavery movement. Although he was beaten and stabbed, he fought back his attackers and killed one of the brothers.

In 1853, he gave 10 acres of his land to fellow abolitionist John G. Fee, who went on to found the town of Berea and Berea College for all races. Clay also supported Abraham Lincoln’s run for the presidency in 1860.

Clay had a reputation for being a fierce abolitionist and human rights campaigner. After a life of campaigning for the emancipation of slaves, he passed away in his home at the age of 92 years.

Here are some of his most notable achievements:

After winning the 1860 U.S. Presidential election, Lincoln appointed Clay to serve as Minister to Russia. Shortly before leaving the United States, the Civil War began and he assembled a group of 300 volunteers to protect the White House from potential attacks from the Confederates.

Clay left for Russia at a crucial time for the United States. His time as the minister took place during the Civil War and he was responsible for garnering support from Russia against the Southern Confederates.

Along with then-U.S. Secretary of State William H. Seward, Ambassador Clay also played a crucial role in talks between Russia, which led to the United States purchasing Alaska (i.e. Russian America) from the Russians. The Alaska Purchase was the second biggest chunk of territory added by the United States to its territory. In addition to its pristine wilderness and wildlife refuges, the State of Alaska is considered one of the richest states in the Union as it has has vast natural resources, including copper, timber, gold, petroleum, fish, lead, and among others.

After his time in Russia came to an end, Clay continued to partake in several international events, such as lending his support to the Cuban Independence Movement. He also briefly left the Republican Party to join the Democrats, but he went back to his first party.

While in Russia, Clay was asked by Lincoln to return home to fight as a major general in the Union Army. However, he refused unless the president freed slaves in the south. Lincoln granted his request and issued the Emancipation Proclamation.

Herman Heaton Clay, who descended from African-American slaves, named his son Cassius Marcellus Clay. His son went on to give his son the same name, Cassius M. Clay Jr, who grew up to become a famous heavyweight boxing champ, Muhammad Ali. A three-time heavyweight champion of the world, Ali changed his name after converting to Islam.