10 Things You Should Know About Warren G. Harding

Warren G. Harding was born in Blooming Grove (formerly Corsica), Ohio on November 2, 1865. He was sworn in as the 29th U.S. president after defeating Democratic Party candidate James M. Cox and his running mate Franklin D. Roosevelt. Harding won about 60% of the popular vote – the largest victory up to that point. He was the first sitting U.S. president to make an official visit to Canada, a visit that took place a few months before his death in August, 1923.

Here, worldhistoryedu.com presents the 10 things you should know about Warren G. Harding, the 29th President of the United States (1921-1923).

Lived in the rural parts of Ohio 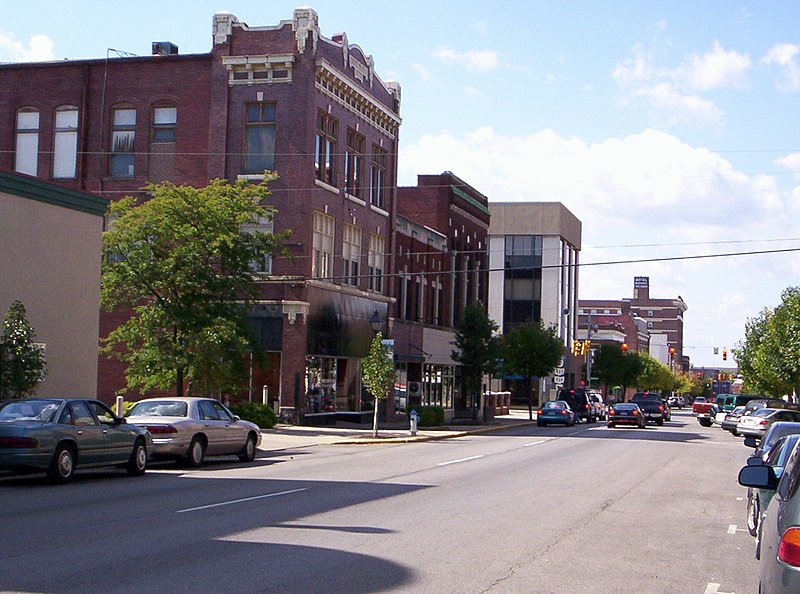 Had it not been his political ambitions, Warren G. Harding would most likely have spent all his years in Blooming Grove, Ohio. Born on a farm, nothing pleased Harding – who was nicknamed “Winnie” – more than the times he spent in his hometown, Marion – a small city in the rural parts of Ohio. The future president of the U.S. absolutely loved the farming and social life of Marion. It’s not surprising his burial site – the Harding Tomb – was sited at Marion, Ohio.

His family were abolitionists

Harding was the oldest of eight children born to parents Tryon Harding and Phoebe Dickerson Harding. His father was a physician while his mother was state-licensed midwife. The Hardings were staunch abolitionists and were quick to back the Republican Party once it fully formed in the 1850s.

He owned The Marion Star

Warren G. Harding facts| The Marion Star was once owned by Harding in the 1800s

To this day, President Harding is considered the only U.S. president to have under his belt experience in journalism. In the early 1870s, his father, Tryon Harding, owned The Argus – a weekly newspaper in Caledonia, Ohio. Harding spent his pre-teenage years at the newspaper, building the experience that he would later use to run his own newspaper – The Marion Star.

Harding acquired The Marion Star- a struggling weekly newspaper – after raising about $300 back then.  Owing to his hard work and the business acumen of his wife, Florence Harding, the fortunes of the newspaper was turned around.

The newspaper did its best to remain nonpartisan, receiving wide acclaim for it editorial standards. Buoyed on by Marion’s population growth towards the latter part of the 19th century, Harding’s newspaper became very successful.

On July 8, 1891, Harding married Florence Kling DeWolfe, a divorce who was five years his senior. Florence was a very intelligent woman and the daughter of an influential banker called Amos Kling. Historians claim that most of Florence’s business and organization skills were picked up during her childhood.

After eloping with Pete deWolfe, Florence returned home divorced and with a child (Marshall Eugene deWolfe) from the marriage. Harding and Florence started dating around the late 1880s. Florence was by then tutoring Harding’s sister Charity in music.

Owing to rumors of Harding’s African lineage, Amos Kling initially opposed his daughter’s marriage to Harding. Florence Harding was generally regarded as the one who truly pushed Harding into pursuing great heights in politics.

After entering the political arena in Ohio, Harding’s purported African lineage came to the fore in many of his dealings. Surprisingly, his father-in-law was actively involved in spreading the rumor that one of Harding’s great-grandmothers was an African American. Over the years, Amos Harding – Harding’s great-great grandfather – came out to dispel such rumor, claiming that it was a false rumor used by an unscrupulous person to extract money from the family.

A genetic testing run in 2015 showed that Harding had no African lineage within four generations of his ancestors.

He briefly spent time at the Battle Creek Sanitorium

It has been stated that Harding visited the Battle Creek Sanitorium on two occasions-  1889 and 1901. His visits were necessitated by the enormous stress he had to grapple with during his political campaigns. Doctors stated that it mainly had to do with fatigue and nervous illness. Perhaps those symptoms were early signs of cardiac arrest that he would suffer about two decades later. 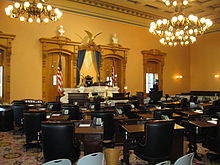 Before becoming president of the U.S., Harding was a lawmaker at the Ohio State Senate

Harding, an extremely good looking, enthusiastic and well-spoken man, used his vast networks in Ohio to his advantage and run for a seat in the Ohio Senate. From January 1900 to January 1904, Harding represented the good people of the 13th District in the state. His time in the Ohio Senate proved to be a huge learning experience for the future 29th President of the United States. After leaving Ohio Senate, he was elected 28th Lieutenant Governor of Ohio. He then followed this up with a six-year stay – from 1915 to 1921- in the U.S. Senate.

With ample experiences from the time he spent campaigning for William McKinley (25th President of the U.S.), Harding opted to adopt a similar campaign approach – a front porch campaign.

Harding was selected by the Republican National Convention in 1920 as a compromise candidate after leading runners failed to secure any majority. Under a campaign theme of “Return to Normalcy”, Harding gave carefully written speeches from his home in Marion, Ohio.

The American people trusted him and handed him a resounding victory over Democrat James M. Cox in the 1920 presidential election. Harding became the first sitting US Senator to clinch the White House seat.

The Harding Tomb in Marion, Ohio is where President Warren G. Harding was buried

After returning from very exhausting western trips to Alaska, Canada and other places, Harding succumbed to the stress associated with the presidency. He was also very worried about the impending corruption allegations against some members of his cabinet.

On August 2, 1923, President Warren G. Harding, 57, passed away in San Francisco. The cause of death was a cardiac arrest. Prior to that Harding had complained of severe abdominal pains.

President Harding was survived by his very devoted wife Florence Harding and his father Tryon Harding. His successor, Vice President Calvin Coolidge, was immediately sworn into office as the 30th President of the United States.

His presidency was rife with corrupt cabinet members

There was some level of excitement about Harding’s promise to restore the U.S. back to normalcy. The nation was still trying to put the pieces back after World War I, which had killed over 100,000 brave American service men as well as claiming over $30 billion. Harding and his Secretary of State Charles Evans Hughes were able to get some of the world’s powerful nations to abandon the arms race that had become so rampant post WWI.

However, it was not all rosy and squeaky clean for the Harding administration. Shortly after Harding’s death, a series of monumental scandals surfaced, permanently tarnishing the deceased president’s name and legacy.

His director of the Veterans Bureau – Charles Forbes – was implicated in a massive corruption case which saw Forbes illegally sell government medical supplies to private businesses. To make matters worse, it was revealed that Harding allowed Forbes to leave the country without facing any prosecution.

His Interior Secretary Albert B. Fall and Attorney Generals Harry Daugherty were involved in murky and unethical business dealings that saw them dupe the country over several thousands of dollars. Jesse Smith, Harry Daugherty’s private secretary, took what he thought was the easy way out by committing suicide.

Historians state that President Warren G. Harding’s poor leadership [he viewed the office as a ceremonial one] and laissez-faire approach to governance were some of the reasons why his cabinet members went rogue. Owing to those scandals, Harding is often rated as one of the worst presidents in U.S. history.